The Times They Are A-Changin' Bob Dylan 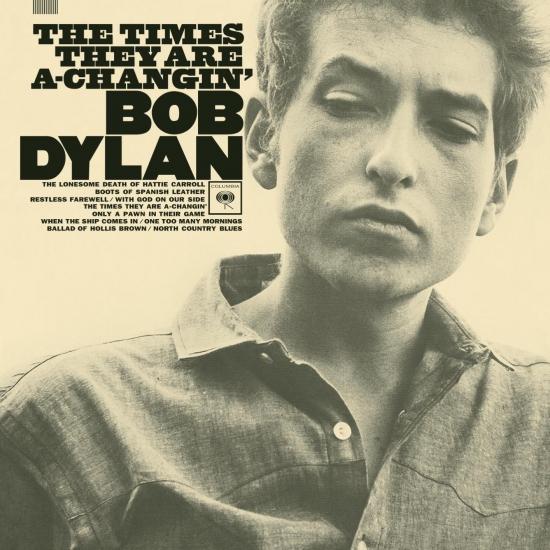 Info for The Times They Are A-Changin'

Dylan's first album comprised entirely of original compositions, the Times They Are A-Changin' is a solemn, often dark album depicting the unrest and discomfiting nature of the times.In many ways it is quintessential early Dylan with traditional protest songs, such as the trademark title track, following on from Freewheelin's 'Blowin' In The Wind', alongside other powerful and cutting songs of social injustice ('Only a Pawn in Their Game', The Lonesome Death Of Hattie Carroll and With God On Our Side.'). Among the topical grimness, however, are some beautiful songs, including 'Boots of Spanish Leather' and 'One Too Many Mornings. 'It is an album reflecting uncertain times, and it is a turning point in his career; his Another Side follow-up a year later would see a much lighter and more humorous Dylan. With some of the most important Dylan songs ever recorded, this is an essential part of any music fan's collection.
'Dylan's reputation as a major cultural force was justifiably fixed forever in the public mind.' (Mojo)
Bob Dylan, vocals, acoustic guitar, harmonica
Recorded August 6 – October 31, 1963 at Columbia Studios, New York City
Engineered by Stan Tonkel, George Kneurr, Peter Dauria
Produced by Tom Wilson
Digitally remastered