Blood On The Tracks Bob Dylan 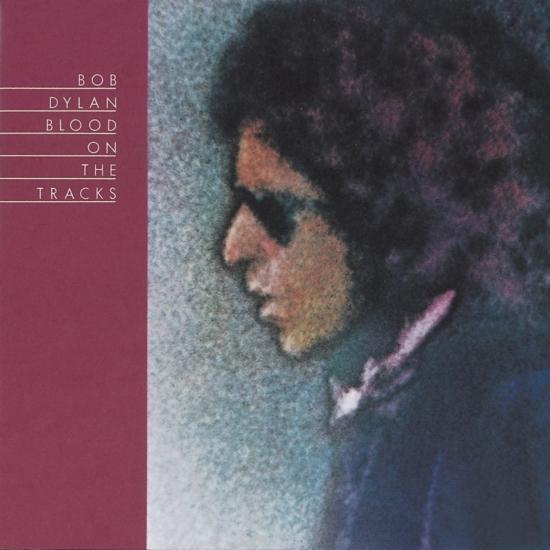 Info for Blood On The Tracks

Bob reached the heights of his seminal Seventies work with this confessional 1975 classic featuring Tangled Up in Blue; Simple Twist of Fate, Idiot Wind, Lily, Rosemary and the Jack of Hearts, and 6 more.
By the mid-'70s, even Dylan's most ardent supporters began taking his artistic decline for granted. Albums like „New Morning“ and „Planet Waves“ were fine works, but lacked the visionary spark of his seminal '60s recordings. At 34 he was already being written off as a has-been. That presumption is what made „Blood On The Tracks“ such a glorious sucker-punch of a record.
One of Dylan's most mournful efforts, this album, which easily ranks among his best, is full of stories about lost love and the struggle for peace of mind. With a simple, country-flavored backing somewhat akin to „Nashville Skyline“, he recounts shattered love affairs in heart-breaking detail on songs like 'Simple Twist Of Fate' and 'If You See Her Say Hello.' On the vengeful 'Idiot Wind' he rails mercilessly against the ignorant and self-obsessed a la 'Like A Rolling Stone.' The difference here, and the major breakthrough for Dylan, is that by the end of the song, he's lumping himself in with those he excoriates so vehemently.
Bob Dylan, vocals, guitar
Kevin Odegard, guitar
Chris Weber, guitar
Buddy Cage, steel guitar
Peter Ostroushko, mandolin
Gregg Inhofer, keyboards
Paul Griffin, organ
Tony Brown, bass
Billy Peterson, bass
Bill Berg, drums
Recorded on September 16–19, 1974, at A & R Recording in New York, New York and December 27–30, 1974, at Sound 80 in Minneapolis, Minnesota
Engineered by Phil Ramone
Produced by Bob Dylan
Digitally remastered