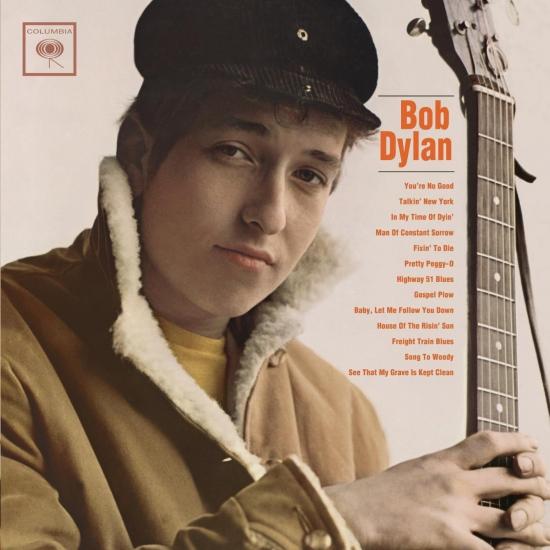 The first album from the greatest musical poet of the 20th century gave little indication of what was to come. Although released in 1962, it reeks of the 50s folk/protest movement. Many of the standards covered by Dylan had been sung by a thousand troubadours throughout the McCarthy era and the anti-war movement. Dylan sings like an innocent angel, and makes Eric Von Schmidt's lusty 'Baby, Let Me Follow You Down' sound sweet. The seeds of greatness were apparent in the sensitive original 'Song To Woody,' a sadly overlooked entry in the massive Dylan catalogue. A wonderful exercise in what was then and what is not now.
'...A CD masterpiece, full-bodied, in stereo, sounding fresh, clean and new...' (Goldmine)
Bob Dylan, vocals, acoustic guitar, harmonica
Recorded November 20 and 22, 1961, at Columbia Recording Studios, New York, New York
Produced by John H. Hammond
Digitally remastered