Another Side Of Bob Dylan Bob Dylan 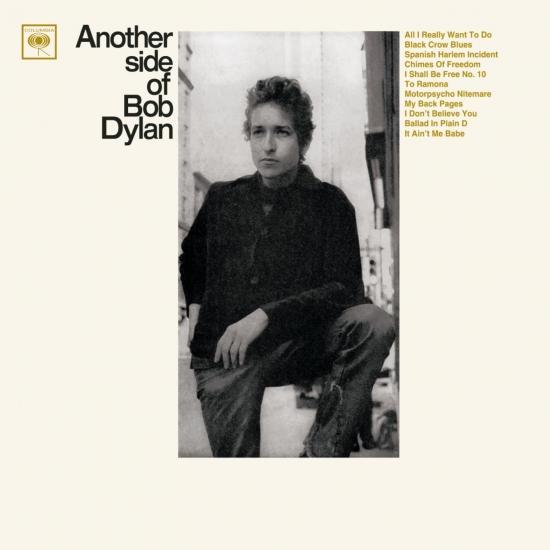 Info for Another Side Of Bob Dylan

On this album it was clear that Dylan was becoming bored with straight folk, although his music was still acoustic. His left-thinking devotees began to raise an eyebrow at subtle lyrical shifts, yet this album was to be raided time and again--particularly by the Byrds--in 1965's folk rock boom. There is much free-spirited music, as if Dylan was somehow aware of the acceptance that was around the corner, and it has been noted that here were the first signs of his trademark vocal style so prevalent through the rest of the '60s. Take your pick: most of the offerings are striking. 'My Back Pages,' 'All I Really Want To Do,' 'It Ain't Me Babe,' and even a last nod to protest, 'The Chimes Of Freedom.' How can one man have been so prolific?
„The other side of Bob Dylan referred to in the title is presumably his romantic, absurdist, and whimsical one -- anything that wasn't featured on the staunchly folky, protest-heavy Times They Are a-Changin', really. Because of this, Another Side of Bob Dylan is a more varied record and it's more successful, too, since it captures Dylan expanding his music, turning in imaginative, poetic performances on love songs and protest tunes alike. This has an equal number of classics to its predecessor, actually, with 'All I Really Want to Do,' 'Chimes of Freedom,' 'My Back Pages,' 'I Don't' Believe You,' and 'It Ain't Me Babe' standing among his standards, but the key to the record's success is the album tracks, which are graceful, poetic, and layered. Both the lyrics and music have gotten deeper and Dylan's trying more things -- this, in its construction and attitude, is hardly strictly folk, as it encompasses far more than that. The result is one of his very best records, a lovely intimate affair.“ (Stephen Thomas Erlewine, AMG)
'...Dylan's acoustic guitar is bright and crystalline, and his vocals mysteriously acquire a new vitality...' (Mojo)
Bob Dylan, vocals, acoustic guitar, piano, harmonica
Recorded June 9, 1964 at Columbia Studios, New York City Produced by Tom Wilson
Digitally remastered