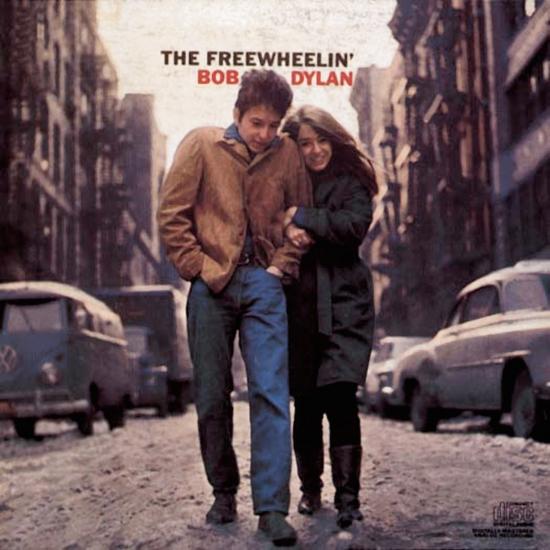 With this album Dylan emerged from the cloak of Woody Guthrie and proclaimed his own unique talent. No longer detached - the set was originally entitled Bob Dylan‘s Blues - he personalized his songs, famously rejecting four from the final draft in favor of others reflecting his newer muse. Protest songs were given a wider resonance - the text of 'Masters Of War' remains sadly relevant decades later - while his love songs are haunting but universal statements. Dylan injected black humor into the talking blues and railed against injustice in all forms, with a perception encompassing the anger of a generation.
The Freewheelin' is a landmark in the development of folk and pop music.
Dylan's outstanding second album is a tremendous jump from its predecessor. Whereas the debut established him as a peerless interpreter of folk and country-blues classics, and a singer like none before, this followup features some of the most pungent original songs of the '60s. 'Blowin' in the Wind,' 'Masters of War,' 'A Hard Rain's A-Gonna Fall,' 'Don't Think Twice, It's All Right,' 'I Shall Be Free': if this sounds like the lineup for a greatest-hits collection, you've got the idea. Nat Hentoff's liner notes are charmingly dated, but Dylan's idiosyncratic singing, unexpected lyrics, and inimitable guitar and harmonica playing are as immediate and relevant as whatever you heard on the radio today. (As great as this is, there's much more: a handful of top-rank outtakes from Freewheelin' appear on the Bootleg Series box set.) (Jimmy Guterman)
Bob Dylan, guitar, harmonica, keyboards, vocals
Additional musicians:
Howie Collins, guitar
Leonard Gaskin, bass
Bruce Langhorne, guitar
Herb Lovelle, drums
Dick Wellstood, piano
Recorded from April 24–25, July 9, October 26, November 1 and 15, December 6, 1962, and April 24, 1963 at Columbia Records Studio A, 799 Seventh Avenue, New York City
Engineered by Stan Tonkel, Peter Dauria, George Kneurr Produced by John Hammond, Tom Wilson
Digitally remastered