Bringing It All Back Home (Remastered) Bob Dylan 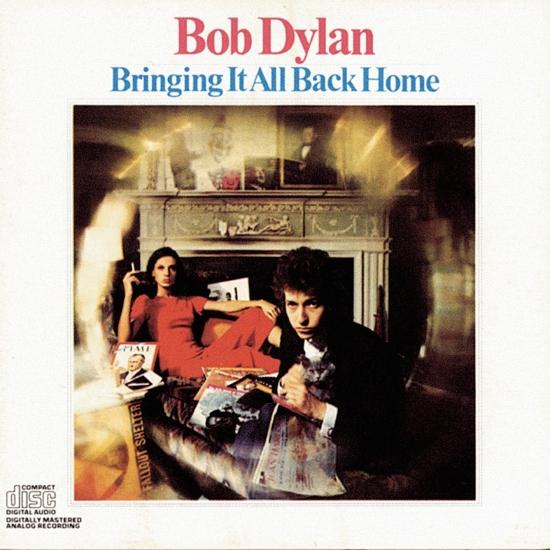 Info for Bringing It All Back Home (Remastered)

Howls of rage greeted Bob Dylan as he presented the world with rock music--he was roundly booed at both the Newport Folk Festival and the Royal Albert Hall. Yet here is one of those moments of cross-influence that changed the course of popular music.
„Bringing It All Back Home“ gave Dylan an audience on a plate; it was a massive breakthrough. An album of two different sides, acoustic (his past) and electric (his future), it contains milestones in the blues-rockers "Maggie's Farm" and "Subterranean Home Sick Blues," the future Byrds hit "Mr. Tambourine Man," and the transcendently poetic "It's Alright, Ma." You can debate the "is it folk or is it rock" argument forever. It's merely Dylan at one of his many peaks.
Bob Dylan, guitar, harmonica, keyboards, vocals
Additional musicians:
Paul Griffin, piano, keyboards
Al Gorgoni, guitar
John P. Hammond, guitar
Bruce Langhorne, guitar
Frank Owens, piano
Kenny Rankin, guitar
John Boone, bass
Bill Lee, bass
John B. Sebastian, bass
Joseph Macho, Jr., bass
Bobby Gregg, drums
Recorded January 13–15, 1965 at Columbia Recording Studios, New York City
Produced by Tom Wilson
Digitally remastered