Be Yourself Tonight (2018 Remastered) Eurythmics 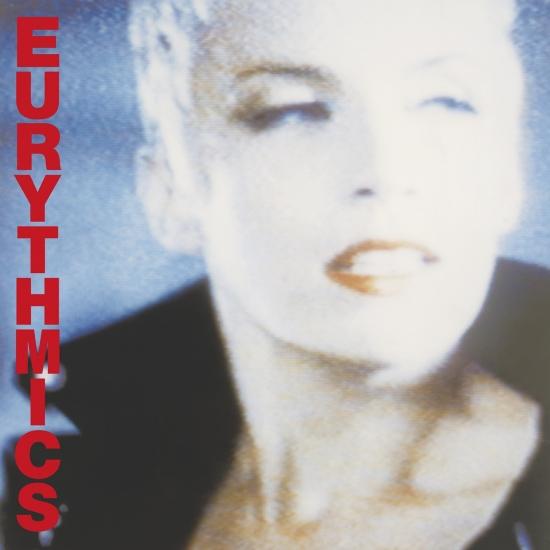 Info zu Be Yourself Tonight (2018 Remastered)

This edition has been newly digitally re-mastered from the original analog master tapes by Eurythmics mastermind Dave Stewart, with input from collaborator Annie Lennox.
One of the most revered and respected pop groups of the 1980s, Eurythmics, with over 20 international hits and 80 million albums sold, is in the spotlight once again for their nomination for the 2018 induction into the Rock & Roll Hall of Fame.
Be Yourself Tonight is the fifth album released by Eurythmics, released in 1985. It is Eurythmics' best-selling studio album. It reached the top 3 in the UK and top 10 in the US, as well as spawning several hit singles. The album included the duo's first (and only) UK number-one "There Must Be an Angel (Playing with My Heart)" and the Australian number-one hit "Would I Lie to You?".
"Casting off their rep for digital iciness, the Eurythmics got Be Yourself Tonight over on electric fire and the fluttering warmth of Annie Lennox's voice; the first two seconds of "There Must Be an Angel" are the prettiest seconds ever recorded. In fact, it's essentially a deep soul album in white-English-geek drag, from the Stax horns of "Would I Lie to You" to the guest shots by Aretha Franklin and Stevie Wonder to Lennox and Elvis Costello doing their best Marvin and Tammi impression on "Adrian." But the style points wouldn't matter without great songs and this disc has some of the band's finest: the best feminist anthem ever written, rockers that dig their heels in deep, and love songs fueled by real longing and joy." (Douglas Wolk)
"On Be Yourself Tonight, Eurythmics' most commercially successful and hit-laden album, the duo meticulously blended the new wave electronic elements that dominated their previous sets with the harder straight-edged rock and soul that would dominate later sets to come up with a near-perfect pop album. This disc scored no less than four hit singles and kept them a mainstay on MTV's play lists during the channel's heyday. Fusing pop, soul, rock, electronic beats, and even gospel, this is arguably the duo's finest moment. The first hit, "Would I Lie to You," is a straight-forward rocker, complete with great guitar licks, a soulful horn section, and Annie Lennox sounding as vicious and vivacious as ever. The second single, which was a huge chart topper in Europe, "There Must Be an Angel," is nothing short of shimmering beauty, with Lennox providing truly angelic vocals and Stevie Wonder lending an enchanting harmonica solo. Aretha Franklin lends her powerhouse pipes for the duet "Sisters Are Doin' It for Themselves," which has gone on to become an immortal feminist anthem. From the soulful electronic beats (a rarity) in "It's Alright (Baby's Coming Back)" to the beauty of the Elvis Costello duet "Adrian" to the pain and longing of the sorrowful rocker "Better to Have Lost in Love (Than Never to Have Loved at All)," this album runs a wide array of musical styles, each song standing tall on its own two feet. This disc is, without a doubt, one of the best rock/pop albums from the 1980s and one of the grandest, most creative albums delivered by the ever-appealing and innovative duo of Annie Lennox and Dave Stewart. A true classic."
Annie Lennox, vocals, keyboards
David A. Stewart, guitars
Additional musicians:
Dean Garcia, bass
Olle Romo, drums
Nathan East, bass
Stan Lynch, drums
Mike Campbell, lead guitar
Benmont Tench, organ
Stevie Wonder, harmonica
Dave Plews, trumpet
Martin Dobson, saxophones
Adam Williams, drum programming
Michael Kamen, strings, celeste, keyboard solo and strings
Aretha Franklin, guest vocals
Richard Cross, backing vocals
The Charles Williams Singers, backing vocals
Elvis Costello, harmony vocals
Recorded November 1984—January 1985 in Paris, Detroit and Los Angeles
Digitally remastered