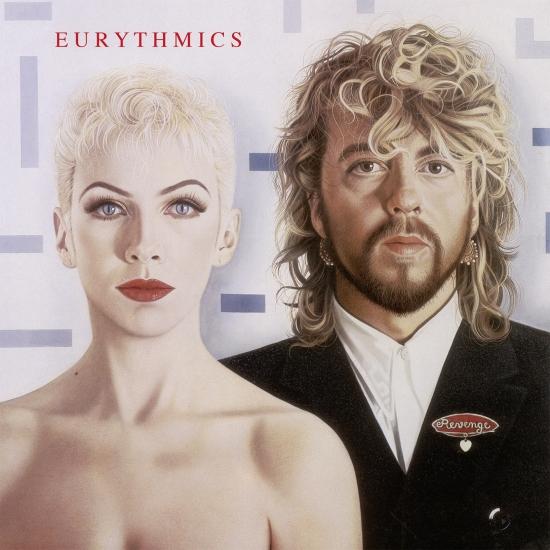 Released in 1986, Revenge was the sixth album from the Eurythmics featuring Annie Lennox and Dave Stewart. The album contains one of their biggest hits "Missionary Man", which hit number 1 on the U.S. Billboard Mainstream Rock Chart. The British duo Eurythmics were a force on the Billboard charts throughout the ’80s, as their quirky electro-pop resonated with music fans.
Revenge brought Eurythmics full circle, back to Wolperath, Germany and the studio of German producer Conny Plank, best known for helming albums by Kraftwerk and other “krautock” groups in the ’70s. Plank had produced Eurythmics’ first album,’ In the Garden’. “ We went back to the same equipment on a farm in the middle of the German countryside,” says Dave Stewart. “We made an album that kept Eurythmic’s quirkiness but had a big sound. Songs such as “Thorn in My Side,” “Missionary Man” and “When Tomorrow Comes” were anthemic, which really suited our live performances. We were playing huge arenas all over the world. By the time we arrived at “Revenge”, we had a body of 12 to 15 hits and were popular in places we had never even heard of.” “The Miracle of Love” from the album, became a classic healing song and the closing number of Eurythmics Revenge World Tour.
Annie Lennox, vocals, percussion, keyboards
Dave Stewart, guitar, keyboards, programming, vocals
Additional musicians:
Jon Bavin, keyboards (on track 5)
Clem Burke, drums
Phil Chen, bass guitar (on tracks 4, 10)
Gully, synthesizer noise (on track 5)
Joniece Jamison, vocals, background vocals
Michael Kamen, strings, conductor, orchestration
John McKenzie, bass (on tracks 2, 3, 5, 7 & 8)
Patrick Seymour, keyboards
Jannick Top, bass (on track 1, 6)
Bernita Turner, vocals, background vocals
Jimmy "Z" Zavala, harmonica, saxophone
Recorded July 1985 – May 1986 at Conny's Studio, Cologne Studio De La Grande Armee, Paris
Produced by David A. Stewart
Digitally remastered