Sweet Dreams (Are Made of This) [2018 Remastered] Eurythmics 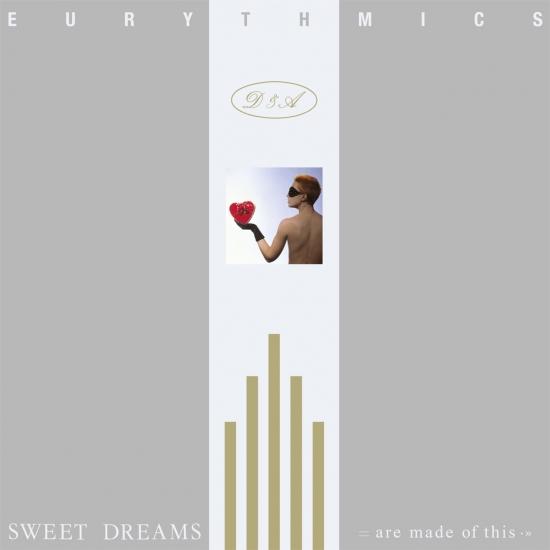 Info zu Sweet Dreams (Are Made of This) [2018 Remastered]

The Eurythmics legendary second album "Sweet Dreams" for the first time on HighResAudio! 1983's "Sweet Dreams (Are Made of This)" is actually Eurythmics' second album, but 1981's Krautrock-influenced "In the Garden" was never released in the US and made minimal waves in the rest of the world. Thanks to two striking videos and some canny self-promotion on the part of androgynous singer Annie Lennox, this was certainly not the case with this much-improved follow-up.
The hypnotic drone of the title track and the ticking, pressurized "Love Is A Stranger," were enormous radio and video hits around the world, but much of the album belies the synth-pop tag those songs earned. Dave Stewart plays bluesy slide throughout, and the respectful cover of Sam and Dave's "Wrap It Up" gives Lennox a chance to showcase her soulful growl which would, on subsequent albums, replace the chilly soprano featured here.
Singer Annie Lennox and guitarist Dave Stewart first received notice in the Tourists, who scored a big U.K. hit in 1979 with a cover of Dusty Springfield's "I Only Want to Be with You." Emerging as the Eurythmics in 1981, Lennox's cabaret-tinged vocal style and Stewart's left-of-center songs took a while to mesh, but when they finally did, with the haunting, hook-filled 1983 No. 1 single, "Sweet Dreams" (accompanied by one of the most striking videos ever made), the two found themselves rocketing to stardom. This, their second album, also features their initial British hit, "Love Is a Stranger," and an icy-cool cover of Sam and Dave's R&B classic, "Wrap It Up." (Billy Altman)
"Eurythmics' breakthrough album is a deft mix of electronic thrills, new wave chills, and sultry R&B, the latter supplied by Annie Lennox's warm tenor. Pretty much relying on themselves, Lennox and Dave Stewart slip past the music's usual coldness and into a territory all their own. It can be smug (the new wave here is served with a side of irony) and a tad dull (the long, operatic pieces serve little purpose), but the payoffs -- "Love Is a Stranger" and, especially, the magnificent title tune -- are among the finest the genre has to offer." (Michael Gallucci, AMG)
Annie Lennox, vocals, keyboards
David Stewart, guitar, keyboards
Additional musicians:
Vic Martin, keyboards
Dean Garcia, bass
Pete Phipps, drums
Maggie Ryder, background vocals
Gill O'Donovan, background vocals
Susie O'List, background vocals
Green Gartside, vocals
Digitally remastered