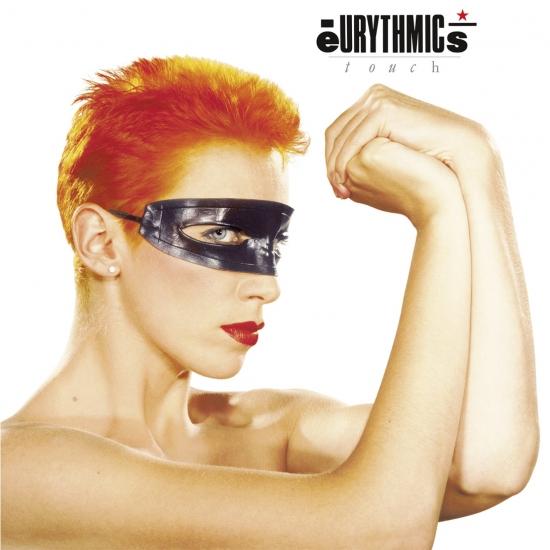 The Eurythmics breakthrough third album Touch" for the first time on HighResAudio! This came at the end of 1983, a particularly prolific period for Stewart and Lennox - they had already spent most of the year in the chart with "Sweet Dreams," released at the beginning of the year. This album shows less reliance on programmed instrumentation and a less "Germanic" feel to the production. "The First Cut" and "Right By Your Side" indicate a loosening up and a more rootsy approach as Lennox discovers she has a great R&B/soul voice. "Here Comes The Rain Again" and "Who's That Girl?" exemplify the more familiar haunting Eurythmics sound.
"Eurythmics followed their 1982 breakthrough album Sweet Dreams with the superior Touch, which yielded three hit singles and kept the innovative duo at the forefront of the 1980s British new wave explosion and MTV phenomenon. Mixing cold, hard, synthesized riffs with warm, luscious vocals, the duo crafted some of the most unique and trendsetting music the 1980s had to offer. Subsequent albums found the duo leaning heavier toward straightforward rock -- this album found them at the height of their electronic incarnation. The lead single, "Here Comes the Rain Again," is a melodramatic opus, complete with pre-techno beats, sweeping strings, and Annie Lennox' rushing, cool vocals. The soulful "Who's That Girl" is an icy, steamy throwback to the torch songs of yesteryear, with Lennox oozing sensuality from every syllable emitted from her lips. The final hit, "Right by Your Side," finds the duo in a cheerful, Caribbean-inspired mode. Other standouts include the seven-and-a-half-minute disco trance of "Paint a Rumour," the driving "The First Cut," and the icy, spellbinding, and sparse "No Fear No Hate No Pain (No Broken Hearts)." The cool, sophisticated musical experimentalism all over Touch cemented Eurythmics' reputation as one of the most innovative duos of their time; the hit singles solidified their reputation as dependable 1980s hitmakers and MTV mainstays. Touch is a testament to what Eurythmics were at the height of their electronic-techno phase and, without doubt, is a milestone in 1980s pop music." (Jose F. Promis, AMG)
Annie Lennox, vocals, flute, keyboards
David Stewart, guitar, dulcimer, keyboards, xylophone, programming, background vocals
Additional musicians:
Martin Dobson, baritone saxophone
Dick Cuthell, trumpet, cornet, flugelhorn
Dean Garcia, bass
British Philharmonic
Michael Kamen, conductor
Rolling Stone 500 Greatest Albums of All Time - Rated 492/500!
Digitally remastered