An Old Raincoat Won't Ever Let You Down Rod Stewart 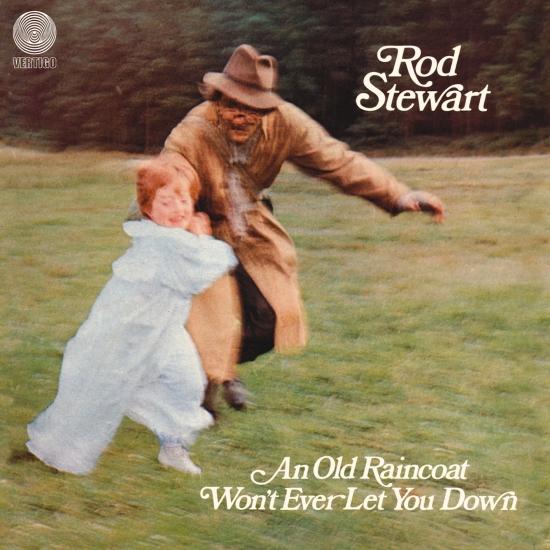 Info for An Old Raincoat Won't Ever Let You Down

„On his debut album titled An Old Raincoat Won't Ever Let You Down in Britain, and The Rod Stewart Album in America, presumably because its original title was 'too English' or cryptic for U.S. audiences, Rod Stewart essays a startlingly original blend of folk, blues, and rock & roll. The opening cover of the Stones' 'Street Fighting Man' encapsulates his approach. Turning the driving acoustic guitars of the original inside out, the song works a laid-back, acoustic groove, bringing a whole new meaning to it before escalating into a full-on rock & roll attack -- without any distorted guitars, just bashing acoustics and thundering drums. Through this approach, Stewart establishes that rock can sound as rich and timeless as folk, and that folk can be as vigorous as rock. And he does this not only as an interpreter, breathing new life into Ewan MacColl's 'Dirty Old Town' and defining Mike d'Abo's 'Handbags & Gladrags,' but also as a songwriter, writing songs as remarkable as 'Blind Prayer,' 'An Old Raincoat Won't Ever Let You Down,' and 'Cindy's Lament.' The music and the songs are so vivid and rich with detail that they reflect a whole way of life, and while Stewart would later flesh out this blueprint, it remains a stunningly original vision.“ (Stephen Thomas Erlewine, AMG)
Rod Stewart, vocals, guitar on 'Man of Constant Sorrow'
Ronnie Wood, guitar, bottleneck guitar, bass guitar, harmonica
Martin Pugh, guitar
Mick Waller, drums
Ian 'Mac' McLagan, piano, organ
Mike D'Abo, piano on 'Handbags and Gladrags“)
Keith Emerson, organ on 'I Wouldn't Ever Change a Thing'
Lou Reizner, vocals on 'I Wouldn't Ever Change a Thing'
Recorded from June-August 1969 at Lansdowne and Olympic Studios, London
Produced by Rod Stewart, Lou Reizner
Digitally remastered