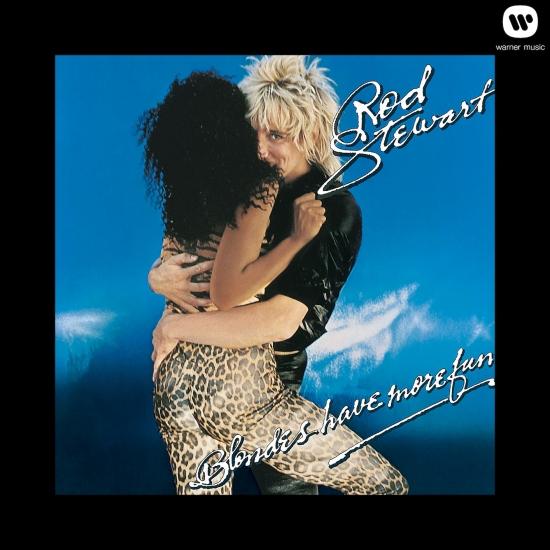 Info for Blondes Have More Fun

The breathier, rootsier classics of FOOT LOOSE AND FANCY FREE now firmly in place in the increasingly legendary Stewart canon, BLONDES HAVE MORE FUN saw the peroxided one continuing to change with the times. From the opening staccato bass and fluffy keyboard riffs of the album's classic 'Da Ya Think I'm Sexy,' the disco age had arrived, though, thankfully, it left Stewart's unique blend of charm and anger (the accusatory 'Is That All The Thanks I Get?') intact, still his scratchy, sexy self against the album's backdrop of unabashedly commercial material (this was his best seller to date). Not that rock was ever off the agenda, as stated unarguably by the rollicking, rebellious I-IV-V rant of the title track. 'Last Summer' bears all the earmarks of mellow FM rock (notably the flanged guitars and 'jazzy' flute). The honest, close-up vocal take and deft fingerstyle guitar work of 'The Best Days Of My Life' combine with slick songcraft and grandiose string arrangements to epitomize the commercial transition in Stewart's career that was marked by BLONDES HAVE MORE FUN.
Rod Stewart, vocals
Fred Tackett, acoustic guitar
Jim Cregan, guitar
Gary Grainger, guitar
Billy Peek, guitar
Gary Horbig, flute
Tom Scott, sax
Phil Kenzie, sax
Steve Madaio, sax
Duane Hitchings, keyboards
Nicky Hopkins, piano
Philip Chen, bass
Carmine Appice, drums, background vocals
Roger Bethelmy, drums
Paulinho da Costa, percussion
Mike Finnigan, background vocals
Max Gormenthal, background vocals
Engineered by Andy Johns, Tom Dowd
Mastered by Arun Chakraverty
Produced by Tom Dowd
Digitally remastered