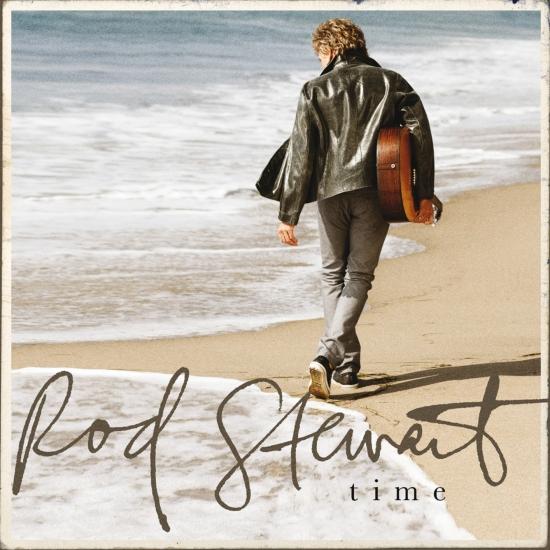 The new release "Time" from the rooster-haired Rock icon, his first album of new material in almost 20 years. "Time" marks Stewart's long-awaited return to his songwriting roots and features 12 tracks, 11 of which he wrote and produced. Time was born from a burst of inspiration from which he rediscovered his voice as a songwriter and rekindled his gift for writing the honest, nerve-touching narratives that have been the cornerstone to the first three decades of his career.
Since 1991, Stewart, the lyricist and melodist behind such staples as "Tonight's The Night," "You Wear It Well," "You're In My Heart," "The Killing of Georgie" and the indelible "Maggie May," had simply lost his songwriting muse. But, beginning in 2011, during the period he began working on what would become his internationally best-selling autobiography, Rod, it returned.
"Rock's greatest interpretive singer wrote 11 of the 12 songs on his first album of original material in nearly 20 years. It's a companion of sorts to Stewart's endearing autobiography from last year; there's a song about his early days trying to make it as a singer ("Can't Stop Me Now"), one about divorce ("It's Over") and one about his bohemian younger days ("Brighton Beach"), and the music is usually either "Maggie May" sweet or spandex-slappingly loose. The songwriting is sometimes clunky or kind of silly (see "Sexual Religion"), but there's a lighthearted warmth on nearly every song. Rod's never been a deep guy, but he's always been a bro." (Jon Dolan, Rolling Stone)
Rod Stewart, vocals
Don Kirkpatrick, guitar
Paul Warren, guitar
Conrad Kirsch, bass
Chuck Kentis, keyboards
David Palmer, drums
Recorded at Celtic House, Los Angeles, CA; Echo Beach Studios, Jupiter, FL; RAK Studios, London, UK; Satinwood Studios, Santa Clarita, CA; Studio City Sound, Studio City, CA; Sunset Sound Studios, Los Angeles, CA; The Bridge, Glendale, CA.
Mixed by Kevin Savigar and Tom Weir
Produced by Kevin Savigar, Chuck Kentis, Rod Stewart