It Had To be You... The Great American Songbook Rod Stewart 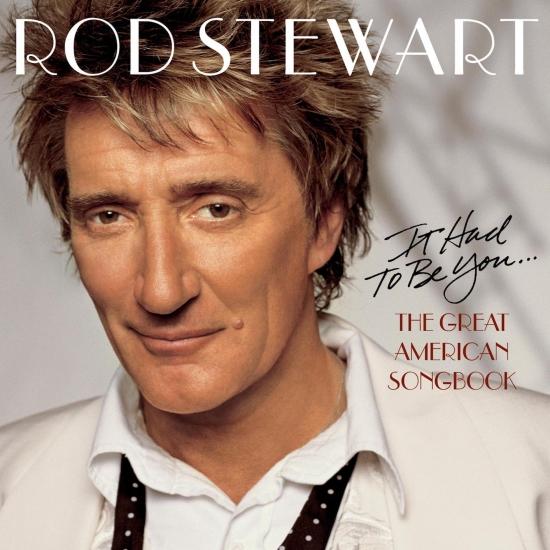 Info for It Had To be You... The Great American Songbook

Rock legend Rod Stewart looks back at some of the great songs of the 20th century, as well as highlights from his own back catalog, in this concert video in which Stewart is backed by a full orchestra. Rod Stewart: It Had to Be You -- The Great American Songbook includes the songs 'The Way You Look Tonight,' 'They Can't Take That Away From Me,' 'The Nearness of You,' 'The Very Thought of You,' 'Forever Young,' 'Downtown Train,' 'Maggie May,' and 15 others.
Given former rock god Rod Stewart's transformation over the course of the '90s into the world's favorite pop balladeer, it's perhaps no great surprise that he should take on the Great American Songbook in the classic style. Certainly lesser talents than his have gone down that road to no small amount of commercial success. And with the help of Clive Davis--who's helped other old-school rock icons reinvent themselves--how could „It Had To Be You“ not spell success? Turns out Rod's raspy tenor fits nicely into old familiar tunes like 'These Foolish Things' and 'The Very Thought of You,' but then, he was always a romantic at heart, he just hadn't figured out how to tap into his inner Bryan Ferry. One might question the presence of thin-sounding string synthesizer on some cuts in place of a real orchestra (surely the Stewart-financed budget wasn't that small), and the arrangements for the tracks that do feature orchestra won't exactly make anyone forget Gordon Jenkins, but for the pop/rock audience that's perhaps only passingly familiar with this musical world, Stewart should provide an affable guide and effective entry point into the realm of Porter, Gershwin, et al.
Rod Stewart, vocals
Jimmy Rip, guitar
Jim Fox, guitar
Bob Mann, guitar
Jeff Mironov, guitar
Dennis Budimir, guitar
Dan Higgins, clarinet, alto saxophone
Mike Brecker, tenor saxophone
Dave Koz, tenor saxophone
Arturo Sandoval, trumpet, flugelhorn
Chris Botti, trumpet
Rob Mounsey, piano, keyboards
Renato Neto, piano, synthesizer
Will Hollis, piano, synthesizer
Randy Kerber, piano, synthesizer
Lee Musker, piano
Don Sebesky, piano
Russ Kassoff, piano
Randy Waldman, piano
Philippe Saisse, keyboards
Andy Chukerman, synthesizer
Chuck Demonico, bass
David Finck, bass
Bob Magnusson, bass
Reggie McBride, bass
Dave Carpenter, bass
Tal Bergman, drums, programming
John Ferraro, drums
Alan Schwartzberg, drums
Shawn Pelton, drums
Harvey Mason, drums
Produced by Clive Davis, Richard Perry, Phil Ramone
Digitally remastered