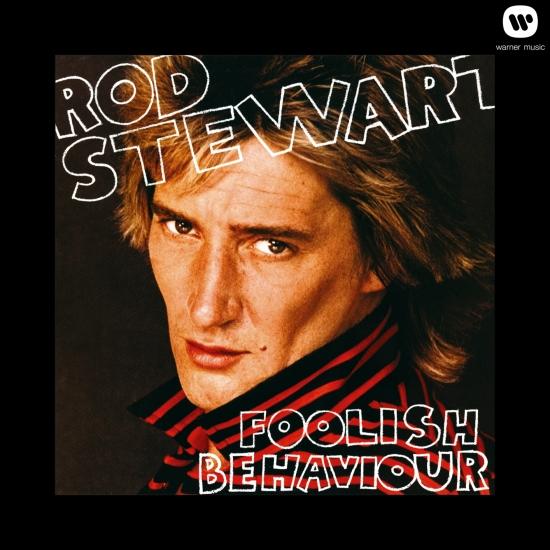 It's hard to believe that with all the recent hoopla surrounding everybody's favorite rooster-coiffed crooner, this Rod Stewart album, which hit #12 in 1980, has never been out CD - but now as Studio Master Download! Includes the hit Passion; Better Off Dead; Foolish Behaviour; So Soon We Change; Oh God, I Wish I Was at Home Tonight; Gi' Me Wings; My Girl; She Won't Dance with Me; Somebody Special, and Say It Ain't True . Sexy dance pop with a wink and a nod. Rod Stewart followed the faux-disco trash of Blondes Have More Fun with Foolish Behaviour, which sanded out most of the character of the previous album.
The result was a bland but professional even at their worst, Rod and his band are always professionals collection, mainly comprised of dance-oriented, lightly synthesized pop/rock. The passionless "Passion" was the hit, but the only worthwhile song was the gorgeous "Oh God, I Wish I Was Home Tonight," which has the clever wit and self-depreciating melancholy of his finest work. (Stephen Thomas)
Rod Stewart, vocals
Jim Cregan, vocals, guitar
Billy Peek, guitar
Gary Grainger, guitar
Kevin Savigar, keyboards
John Jarvis, keyboards
Susan Grindell, vocals
Jackie Lomax, vocals
Phil Chen, vocals
Colin Allen, drums
Tony Brock, drums
Carmine Appice, drums
Roger Bethelmy, drums
Paulinho Da Costa, percussion
Sid Page, violin
James Gurdon, saxophone
Earl Lon Price, saxophone
Lee Thornburg, trumpet
Jim Price, trombone
Bill Lamb, trombone
Phil Kenzie, horns
Co-produced by Jeremy Andrew Johns, Rod Stewart
Produced by Harry The Hook
Digitally remastered