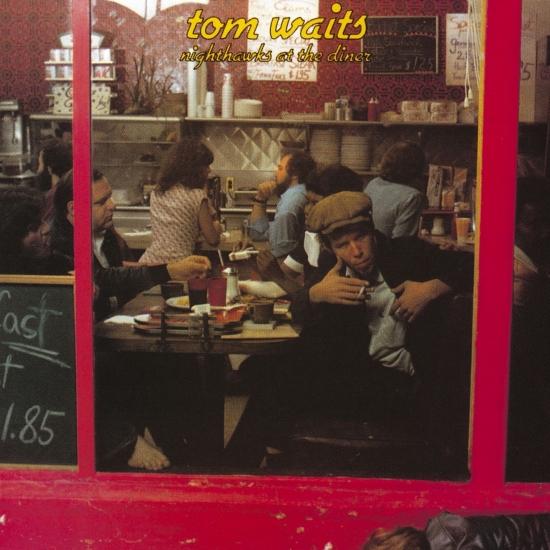 Info for Nighthawks At The Diner (Remastered Live)

A major part of Tom Waits's mystique has always been his complex, intriguing persona; part Bukowski-esque barfly poet, part Kerouac-inspired hipster, part Hoagy Carmichael troubadour. Nowhere has that persona been more fully utilized than on "Nighthawks At The Diner". Throughout the album waits unfurls his colorful, charismatic, artfully amplified personality. It's like spending the evening with a lounge lizard/raconteur/beatnik standup comic who also happens to compose strikingly beautiful tunes that could have come from the Great American Songbook if not for their lyrical quirkiness. Though it would be a few more years before Waits would reinvent himself on "Swordfishtrombones", the character who stomps through your brain on "Nighthawks At The Diner" with both guns blazing is as original and impressive a character as you could want.
Recorded in front of a live audience at the Record Plant recording studio in Los Angeles in 1975, Nighthawks at the Diner debuts some of Waits greatest classics like Warm Beer, Cold Women and Eggs and Sausage with a crack Jazz ensemble backing him up and some of the greatest stage patter ever committed to record.
"For his third album, Nighthawks at the Diner, Tom Waits set up a nightclub in the studio, invited an audience, and cut a 70-minute, two-LP set of new songs. It's an appropriate format for compositions that deal even more graphically and, for the first time, humorously with Waits' late-night world of bars and diners. The love lyrics of his debut album had long since given way to a comic lonely-guy stance glimpsed in "Emotional Weather Report" and "Better Off Without a Wife." But what really matters is the elaborate scene-setting of songs like the six-and-a-half-minute "Spare Parts," the seven-and-a-half-minute "Putnam County," and especially the 11-and-a-half-minute "Nighthawk Postcards" that are essentially poetry recitations with jazz backing. Waits is a colorful tour guide of midnight L.A., raving over a swinging rhythm section of Jim Hughart (bass) and Bill Goodwin (drums), with Pete Christlieb wailing away on tenor sax between paragraphs and Mike Melvoin trading off with Waits on piano runs. You could call it overdone, but then, this kind of material made its impact through an accumulation of miscellaneous detail, and who's to say how much is too much?" (William Ruhlmann, AMG)
Tom Waits, vocals, guitar, piano
Pete Christlieb, tenor saxophone
Mike Melvoin, piano
Jim Hughart, bass
Bill Goodwin, drums
Recorded live and engineered at The Record Plant and Wally Heider Recording, Hollywood on July 30 & 31, 1975
Engineered by Bones Howe
Produced by Bones Howe
Digitally remastered