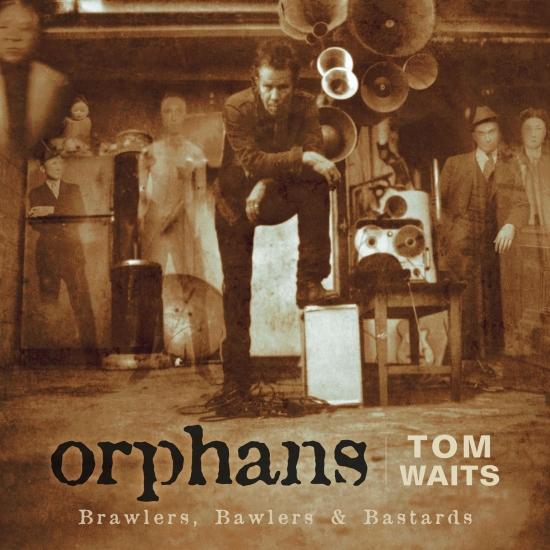 "A lot of songs that fell behind the stove while making dinner" is how Tom Waits describes his new three-disc set, Orphans. The collection goes far beyond a simple career retrospective, with over 30 newly recorded songs - from Wait's own versions of songs he gave to other artist to some "things I recorded in the garage with the kids" - while over two thirds of the material has never been heard before now. In addition to the new work, Orphans features a number of tracks finding a home on a Waits album for the first time. The first disc, called Brawlers, is chock full of raucous blues and full-throated juke-joint stomp; second disc Bawlers contains Celtic and country ballads, waltzes, lullabies, piano and classic lyrical Wait's songs, while third disc Bastards is filled with experimental music, stories and jokes.
Digitally remastered