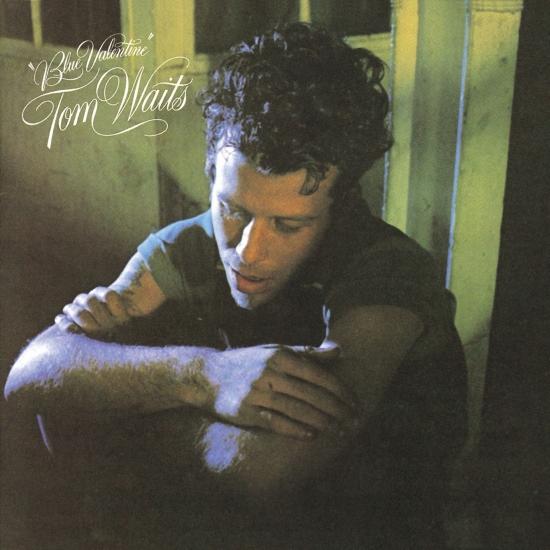 After perfecting his seedy beatnik image on albums like "Small Charge" and "Nighthawks At The Diner", Waits refined and expanded on it until the 1983 breakthrough of "Swordfishtrombones". "Blue Valentine" is full of low-rent nightlife imagery and arrangements that leave Waits' jazz leanings behind in favor of a more direct, blues-oriented approach. Lyrically, he's at his most straightforward and narrative, with tunes like "$29.00" and "Christmas Card From a Hooker in Minneapolis" reading like dimestore detective novels. In a customary nod to tradition, he delivers a marvelously stentorian version of Bernstein's "Somewhere." Blue Valentine songs. Things close in a low-key fashion with the spare, heart-rending title song, a ballad of shattered love.
"Two welcome changes in style made Blue Valentine a fresh listening experience for Tom Waits fans. First, Waits alters the instrumentation, bringing in electric guitar and keyboards and largely dispensing with the strings for a more blues-oriented, hard-edged sound. Second, though his world view remains fixed on the lowlifes of the late night, he expands beyond the musings of the barstool philosopher who previously had acted as the first-person character of most of his songs. When Waits does use the first-person, it's to write a "Christmas Card From a Hooker in Minneapolis," not the figure most listeners had associated with the singer himself. The result is a broadening of subject matter, a narrative discipline that makes most of the tunes story songs, and a coherent framing for Waits' typically colorful and intriguing imagery. These are not radical reinventions, but Waits had followed such a rigidly stylized approach on his previous albums that for anyone who had followed him so far, the course correction was big news."(William Ruhlmann, AMG)
Tom Waits, vocals, electric guitar, piano
Ray Crawford, guitar
Roland Bautista, guitar
Alvin "Shine" Robinson, guitar
Scott Edwards, bass
Jim Hughart, bass
Byron Miller, bass
Da Willie Gonga (George Duke), piano
Harold Battiste, piano
Charles Kynard, organ
Herbert Hardesty, tenor saxophone
Frank Vicari, tenor saxophone
Rick Lawson, drums
Earl Palmer, drums
Chip White, drums