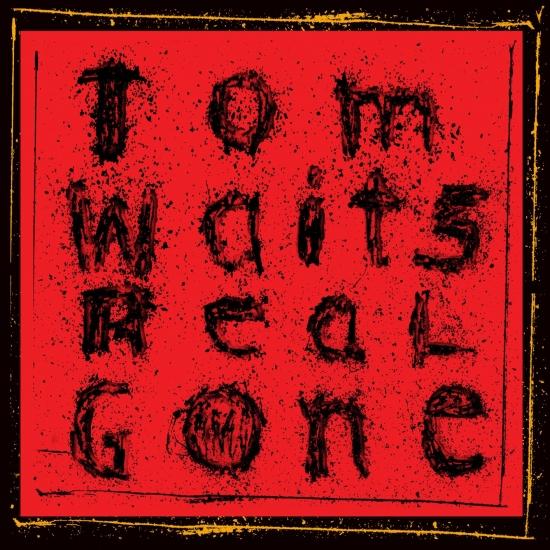 Tom Waits is one of the most influential musicians in the world today, an artist who never rests on his laurels. He continues to re-invent music, push boundaries and create new sounds. On Real Gone, the up tempo tracks are some of the rawest and most kinetic he's ever laid down...He's never sounded like he's had this much fun...while the ballads are among his most beautiful and even chilling at times. Real Gone also contains his first overtly political song, "The Day After Tomorrow", a plaintive letter home from a young soldier in the middle of a war. Taken as a whole, the experience is breathtaking.
"On Real Gone, Tom Waits walks a fraying tightrope. By utterly eliminating one of the cornerstone elements of his sound -- keyboards -- he has also removed his safety net. With songwriting and production partner Kathleen Brennan, he strips away almost everything conventional from these songs, taking them down to the essences of skeletal rhythms, blasted and guttural blues, razor-cut rural folk music, and the rusty-edge poetry and craft of songwriting itself. His cast includes guitarists Marc Ribot and Harry Cody, bassist/guitarist Larry Taylor, bassist Les Claypool, and percussionists Brain and Casey Waits (Tom's son), the latter of whom also doubles on turntables. This does present problems, such as on the confrontational opener, "Top of the Hill." Waits uses his growling, grunting vocal atop Ribot's monotonously funky single-line riff and Casey's turntables to become a human beatbox offering ridiculously nonsensical lyrics. It's a throwaway, and the album would have been better had it been left off entirely. But it's also a canard, a sleight-of-hand strategy he's employed before. The jewels shine from the mud immediately after. The mutated swamp tango of "Hoist That Rag" has stuttered clangs and quakes for drums, decorated by distorted Latin power chords and riffs from Ribot, along with thundering deep bass from Claypool. On the ten-plus minute "Sins of My Father," Cody's spooky banjo walks with Taylor's low-strung bass and Waits' shimmering reverbed guitar as he ominously croons, revealing a rigged game of "star-spangled glitter" where "justice wears suspenders and a powdered wig." It's part revelation, part East of Eden, and part backroom political culture framed by the eve of the apocalypse. It's hunted, hypnotic, and spooky.
In stripping away convention, Waits occasionally lets his songs go to extremes with absurd simplicity, such as on "Don't Go into That Barn," a musical cousin to his spoken "What's He Building?" from Mule Variations. But there's also the downright riotous squall of "Shake It," which sounds like an insane carny barker jamming with R.L. Burnside, or the riotous raging blues of "Baby Gonna Leave Me." There are "straight" narratives such as "How's It Gonna End," with its slow and brooding beat storyline, and the moving murder ballad "Dead and Lovely," with its drooping, shambolic elegance. There's the spoken word "Circus," with its wispy spindly frame that features Waits on chamberlain. And "Metropolitan Glide" feels like a hell-bent duet between James Brown and Captain Beefheart's Magic Band, followed by the fractured, busted-love, ranting-at-God pain that rips through "Make It Rain." The tender "Green Grass" is among Waits' finest broken love songs; it's movingly rendered by a character who could have resided in one of William Kennedy's novels. The set closes with "Day After Tomorrow," featured on MoveOn.org's Future Soundtrack for America. It is one of the most insightful and understated antiwar songs to have been written in decades. It contains not a hint of banality or sentiment in its folksy articulation. Real Gone is another provocative moment for Waits, one that has problems, but then, all his records do. His excesses, however, do nothing to cloud the stellar achievements of his risk-taking vision and often brilliant execution." (Thom Jurek, AMG)
Tom Waits, vocals
Marc Ribot, guitar
Larry Taylor, bass
Casey Waits, drums
Newly remixed by Karl Derfler and remastered with Kathleen Brennan, Tom Waits
Produced by Kathleen Brennan, Tom Waits
Digitally remastered
Please Note: We offer this album in its native sampling rate of 48 kHz, 24-bit. The provided 96 kHz version was up-sampled and offers no audible value!