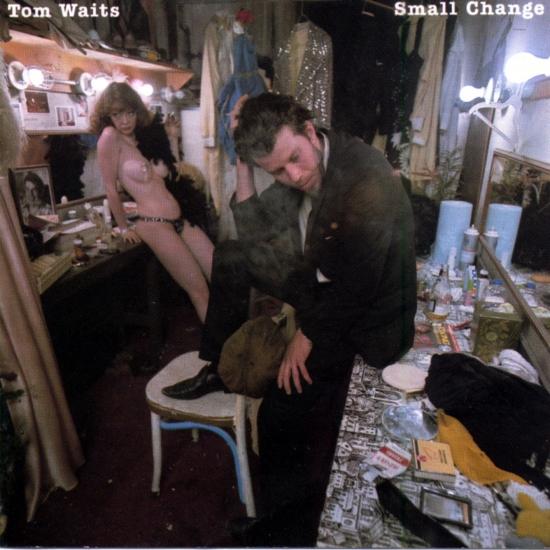 Backed by a jazz trio comprising of tenor sax player Lew Tabackin, bassist Jim Hughart, and drummer Shelly Manne, Waits finds the most sympathetic backing of his career to that point and creates his early masterpiece. Small Change is the home of Waits’ favorites like "The Piano Has Been Drinking (Not Me),” the moving soldier’s ballad “Tom Traubert’s Blues,” and the manic slide-show of “Step Right Up.”
After signing with Asylum in the early 1970s, Tom Waits recorded a series of acclaimed albums whose noir tales about the after-midnight underworld transformed the seedy into the sublime in songs laced with both dark humour and profound longing. Nearly 40 years and several musical evolutions later, Waits’ Asylum years still hold a special place in the hearts of many fans.
Released in 1976, Waits recorded Small Change at Wally Heider’s studio in Hollywood. The album opens with 'Tom Traubert’s Blues', one of the singer’s most enduring songs, and features memorable cuts such as 'I Wish I Was In New Orleans', 'Bad Liver And A Broken Heart' and 'The Piano Has Been Drinking (Not Me)'.
Tom Waits, vocals, piano
Lew Tabackin, tenor saxophone
Jim Hughart, bass
Shelly Manne, drums
Harry Bluestone, violin, concertmaster strings
Ed Lustgarten, cello, orchestra manager strings
Jerry Yester, arranger & conductor of string section
Recorded July 15, 1976 – July 29, 1976 at Wally Heider Studios, Hollywood, California
Produced by Bones Howe
Digitally remastered