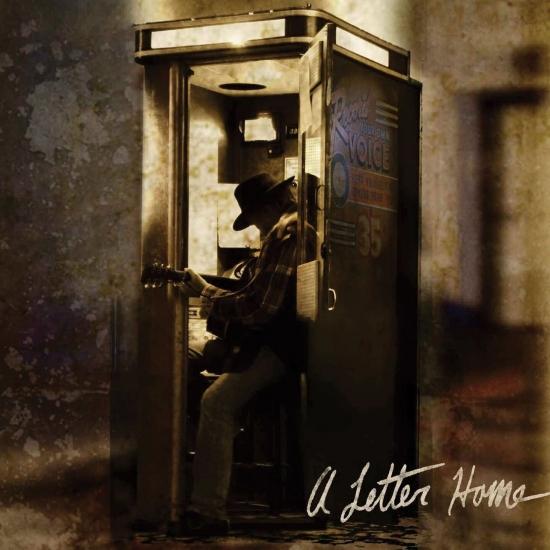 Info for A Letter Home (Remastered)

Neil Young recorded a collection of covers with Jack White on a refurbished 1947 Voice-O-Graph recording booth at Third Man's Nashville headquarters. Imagine a very simple recording studio not much larger than a phone booth and you ll get the idea. He describes the album as "an unheard collection of rediscovered songs from the past recorded on ancient electro-mechanical technology captures and unleashes the essence of something that could have been gone forever." Recorded live to track to one-track, mono, the album has an inherent warm, primitive feel of a vintage Folkways recording.
As for the track-listing, Young chose songs that have personal meaning for him, such as British folk artist Bert Jansch s Needle of Death (which inspired Young to write 1972 s Needle and the Damage Done ), Bob Dylan s Girl from the North Country, Willie Nelson s Crazy, Don Everly's I Wonder If I Care as Much, Bruce Springsteen's My Home Town, and many others.
"An unheard collection of rediscovered songs from the past recorded on ancient electro mechanical technology captures and unleashes the essence of something that could have been gone forever…" (Homer Grosvenor)
"During the 2014 promo campaign for Pono, his high-end digital audio device, Neil Young called his forthcoming album A Letter Home "an art project," which is an appropriate term for this curious collection of covers from his contemporaries. It's not so much that the choice of songs is unusual -- nearly all of them are from the '60s and '70s, years when Young was also active, but a handful ("Crazy," "Since I Met You Baby," "I Wonder If I Care as Much") date from the late '50s or early '60s -- but the recording method. Young headed down to Jack White's Third Man Records in Nashville where Jack installed a refurbished Voice-O-Graph booth, a device designed to allow a user to "Make Your Own Record" by cutting a song or message directly to vinyl. These contraptions were designed in 1947 and were once a common sight in arcades and fairs but they died away in the '70s, turning into an artifact of a weird old Americana beloved by both Young and White. Neil decided to use the Voice-O-Graph to record a full album, an experiment that's strictly about the method of recording, not the music itself. By design, the Voice-O-Graph allows for no overdubs -- it captures everything that happens in the booth and nothing more -- so the performances are intimate and sometimes rushed, qualities that are alternately enhanced and undercut by the thin, crackly recording. This aural affectation can be affecting -- in particular, his readings of Gordon Lightfoot's "Early Morning Rain" and "If You Can Read My Mind" are quite sweet, as is Bob Dylan's "Girl from the North Country," while there's a genuine pang of pathos lying in Bert Jansch's "Needle of Death" -- but the trebly, wavy audio can also seem cacophonous, whether it's capturing Neil alone (Bruce Springsteen's "My Hometown") or in tandem with White (a version of Willie Nelson's "On the Road Again" that always seems just on the verge of falling apart, which could be perceived as a compliment depending on your view). Usually, the flaws of A Letter Home can be pegged on the archaic recording technology -- only a couple of performances feel shambolic -- but Young is also having fun with what the Voice-O-Graph meant, opening the album with a wry, winding spoken letter to his departed mother and then addressing another missive to her later on the record. These words are simultaneously sentimental and impish, a wink to the audience that Young is in on the joke but also doesn't quite consider A Letter Home a joke. Sure, there's artifice and humor here, but there's also heart, and this blend of emotions is what makes A Letter Home one of Neil Young's quintessential, endearingly odd records." (Stephen Thomas Erlewine, AMG)
Neil Young, vocals, guitar, harmonica, piano
Jack White, vocals, guitar
Digitally remastered