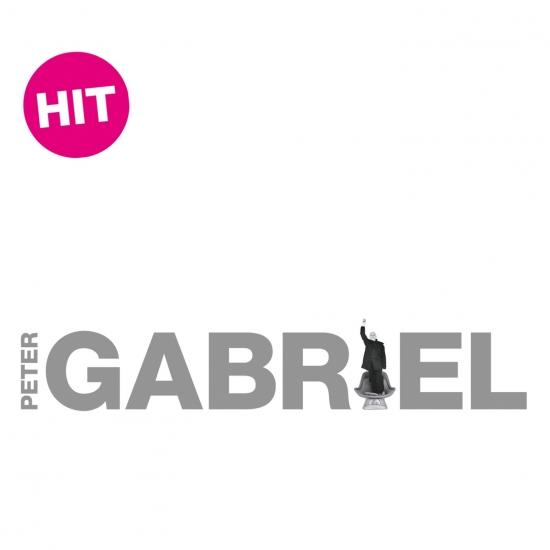 Thirteen years on from 1990’s Shaking The Tree compilation, Hit offers a much more voluminous overview of the Gabriel back catalogue.
The 30 track double album is an extensive and eclectic collection of Peter’s best known songs, together with, at the time, more recent tracks, previously unreleased material and new remixes, – a musical autobiography of a solo career which had spawned 14 albums over 25 years.
Tracks from the first four Peter Gabriel albums sit alongside key songs from his latter solo albums: So, US and UP. Songs from the Grammy/Oscar nominated soundtracks Passion and Rabbit Proof Fence also feature, as well as Lovetown from the hugely successful multi-artist soundtrack to Philadelphia.
Hit also includes the previously unreleased track Burn You Up, Burn You Down co-written by Gabriel and Karl Wallinger. The track was originally to be included in the UP album but was cut from the final track listing of that album at the last minute. It finally saw the light of day on this album and was also released as a single to support the release of Hit.
The Robbie Robertson/Peter Gabriel mix of I Have The Touch and Steve Osborne’s radio mix of The Tower That Ate People appear along with a new live version of Downside Up recorded during the Growing Up Tour and a previously unreleased edit of the haunting Blood of Eden.
Peter Gabriel, vocals, flute, recorder, Bosendorfer piano, keyboards
Kate Bush, vocals
Sinead O'Connor, vocals
Richard Evans, acoustic guitar
Robert Fripp, electric & classical guitar, banjo
David Rhodes, guitar, 12-string guitar
Peter Green, electric guitar
Steve Hunter, pedal steel guitar
Daniel Lanois, guitar
Tim Green, tenor saxophone
Dick Morrisey, saxophone
Wayne Jackson, trumpet
Jozef Chirowski, keyboards
Brian Eno, keyboards
Larry Fast, synthesizer, programming
Tony Levin, bass
Dominic Greesmith, drums
Jerry Marotta, drums
Ged Lynch, percussion
Will White, percussion
Stephen Hague, percussion
Phil Collins, percussion
Nusrat Fateh Ali Khan, background vocals
Digitally remastered