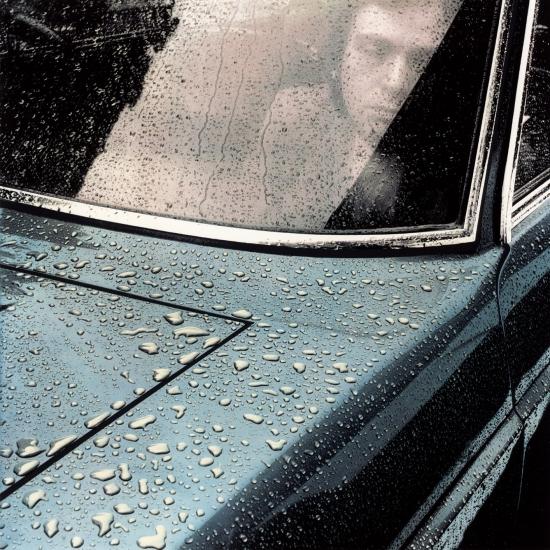 Peter Gabriel's debut solo album, known as Car due to the iconic Hipgnosis designed cover.
Having left Genesis the previous summer, Peter’s first solo album arrived in February 1977. He was 26. With legendary producer Bob Ezrin taking charge the intention was to make something more direct and tougher than what had come before.
“With the first album I’d just left Genesis and had been used to having roles defined, and so suddenly to find myself in a studio full of serious musicians (serious in terms of their ability and what they’d done and so on) was unnerving.
It took me three albums to get the confidence and to find out what I could do that made me different from other people. And the first record really was a process of trying …
I’d chosen Bob Ezrin to produce the album, after having met with many producers, and he was based in Toronto at the time. We were working in his studio there, and there was a selection of people that he’d recommended and some that I’d brought in. It was an interesting thing to see how it would work.
I really wanted the first record to be different from what I’d done with Genesis so we were trying to do things in different styles. A bit of barbershop, which Tony Levin helped with, there were more bluesy things, a variety of songs and arrangements that were consciously trying to provide something different than what I’d done before.
The sessions were in wintertime in Toronto and there was a lot of snow around. I had a bicycle and that was a good way to discover Toronto. It was so long ago that Tony Levin actually had hair, which is something very hard to believe now. He’s been bald for so many years, and of course, now I’m the same way myself, but looking back at the photos that was the most shocking thing.
The album cover was done with Hipgnosis who I’d worked with a little bit during the end of the Genesis period and Storm (Thorgerson) and Peter (Christopherson) particularly from there. I think that they are very important in the way that album sleeves have developed over the years. Storm had a very dry, laconic, sense of humour that made it a lot of fun to be around him. You ended up the butt of some of his jokes, but I always enjoyed working with him and it was actually his car that I was sitting in on the front cover. I liked the idea of the water and the black and white and the blue colour.
One idea I’d had for that first cover was to do mirrored contact lenses and it took me about a month to find someone who would manufacture mirrored contact lenses. Someone in America, I think in Boston, agreed to do it, but they made me sign something that if I damaged my eyes they wouldn’t take any responsibility – because they’d put a bit of mirror on the back of these hard lenses. They were very painful to wear, but the effect was fantastic; it was like having steel balls for eyes. I remember putting them on in an aeroplane at one point and scared quite a few people, which gave me a lot of pleasure at the time. But, eventually the mirror gradually eroded from the back of the lenses.
Peter Gabriel, vocals, keyboards, flute, recorder
Robert Fripp, electric guitar, classical guitar, banjo
Tony Levin, bass, tuba, leader of the Barbershop Quartet
Jozef Chirowski, keyboards
Larry Fast, synthesizer, programming
Allan Schwartzberg, drums
Steve Hunter, acoustic guitar, lead guitar, electric guitar, rhythm guitar, pedal steel
Dick Wagner, backing vocals, guitar
Jimmy Maelen, percussion, synthibam, bones
London Symphony Orchestra
Michael Gibbs, arrangement of orchestra
Recorded July 1976 – January 1977 at The Soundstage, Toronto, Canada, Morgan Studios, London, Olympic Studios, London
Produced by Bob Ezrin
Digitally remastered (Half-Speed Mastered)