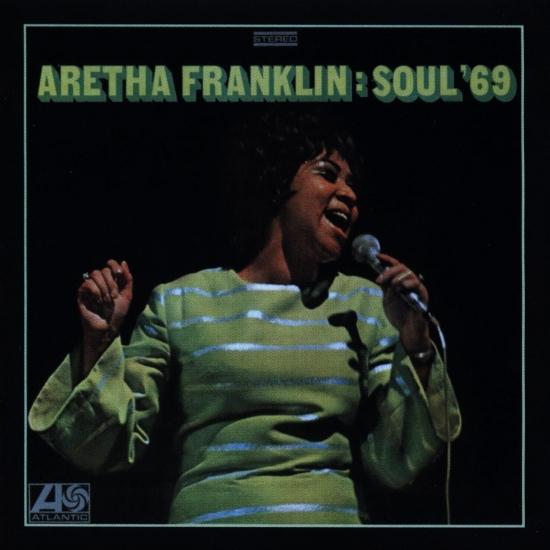 It does no good to say Aretha Franklin can't sing as well as Ivy Anderson; Ivy Anderson is dead, and not a dozen of the dedicated music-lovers who read this journal remember the great Duke Ellington vocalist. We must make do with what we have, and the best female singer we have now is Aretha. There are cleverer singers, and there are one or two with more impressive technical abilities, but no one does so many things so well. At her best, Aretha is more exciting and more believable than any other lady now singing. She does not break our hearts, as did Ivy, or Billie Holiday, but she moves us with her ballads and grooves us with her soul shouts. We could be worse off.
After a rather long apprenticeship, during which she sang gospel for her father, the celebrated Reverend C. L. Franklin, and pop for Columbia Records, Aretha joined the Atlantic Recording Company, whose vice-president and producer, Jerry Wexler, took her to a studio in Muscle Shoals, Alabama, to record with a group of musicians from Memphis. The rest, to mint a phrase, is history. A steady stream of million-selling records in an advanced rhythm-and-blues style have earned for 'Lady Soul' tremendous public and critical approval, including the ultimate accolade of American pop civilization, the cover of Time. The effect of all this acclaim, however, has seemed unfortunate. While Aretha's first three Atlantic albums were mostly excellent, her fourth was not so good, and her fifth, a desultory 'live' album, was miserable. Perhaps she had become bored, feeling that there were no more worlds to conquer.
Now, however, Wexler has once more expanded her horizons. Aretha's latest, though camouflaged with the title Soul '69, is an album of blues, or more specifically, jazz-blues. It is quite possibly the best record to appear in the last five years. Certainly it is excellent in ways in which pop music hasn't been since the Beatles spear-headed the renaissance of rock, a musical genre which, notwithstanding its recent eclecticism, is extremely limited, having neither the musical complexity nor the emotional variety of jazz.
Though some groups, like Blood, Sweat & Tears, are getting into jazz, none of them could have made an album like this one with musicianship of such subtlety, individuality and seemingly effortless power. Wexler gathered musicians from such revered sources as the Count Basie Orchestra and the Miles Davis Quintet, put them together for eight-hour recording sessions, and the result is that the band sounds as if it had been together for years. The horn arrangements, by Arif Mardin, are simply beautiful, alternately driving and mellow, with rich, warm harmonies. Aretha sings better than ever; she is freer, more relaxed, and each time she hits a note it makes a dramatic point.
Though this album is a departure from her usual style, Atlantic has eased the transition in several ways. Besides the protective coloring of the title, there are on some tracks the background singers familiar from her earlier records, and on two tracks — 'Today I Sing the Blues' and 'Tracks of My Tears' — the rhythm section is her usual funky crew from Memphis' American Studios. The choice of tunes, including 'Gentle On My Mind' and 'Elusive Butterfly,' will also make Soul '69 more palatable to Aretha's pop-oriented fans, some of whom will probably buy the album and enjoy it without even knowing that they're listening to heavy jazz.
This album could have a tremendous effect on contemporary popular music, but it probably won't. The devices on an album like the Beatles' Sergent Pepper are easily imitated, but musicianship that has paid its dues for decades cannot be. The electric-haired heads of today's rock musicians will have turned white before they make an album like this one. (Stanley Booth, Rolling Stone)
Aretha Franklin, Vocals & Piano
Frank Wess, Alto Saxophone
George Dorsey, Alto Saxophone
Pepper Adams, Baritone Saxophone
Jerry Jemmott, Bass
Ron Carter, Bass
Bruno Carr, Drums
Grady Tate, Drums
Roger Hawkins, Drums
Joe Zawinul, Electric Piano
David Newman, Flute, Soloist
Kenny Burrell, Guitar
Tommy Cogbill, Lead Guitar
Joe Zawinul, Organ
Spooner Oldham, Organ
Louie Goicdecha, Percussion
Manuel Gonzales, Percussion
Aretha Franklin, Piano
Junior Mance, Piano
Jimmy Johnson, Rhythm Guitar
David Newman, Saxophone
King Curtis, Saxophone
David Newman, Tenor Saxophone
King Curtis, Tenor Saxophone
Seldon Powell, Tenor Saxophone
Benny Powell, Trombone
Jimmy Cleveland, Trombone
Thomas Mitchell, Trombone
Urbie Greene, Trombone
Bernie Glow, Trumpet
Ernie Royal, Trumpet
Snookie Young, Trumpet
Joe Newman, Trumpet
Richard Williams, Trumpet
Joe Newman, Trumpet, Soloist
Jack Jennings, Vibraphone
Aretha Franklin, Evelyn Greene, Wyline Ivy, Backing Vocals
Arif Mardin, Conductor
Produced by Jerry Wexler, Tom Dowd
Recorded by Tom Dowd
Recorded at Atlantic Studios, New York City, April 17. September 27, 1968
Digitally remastered.