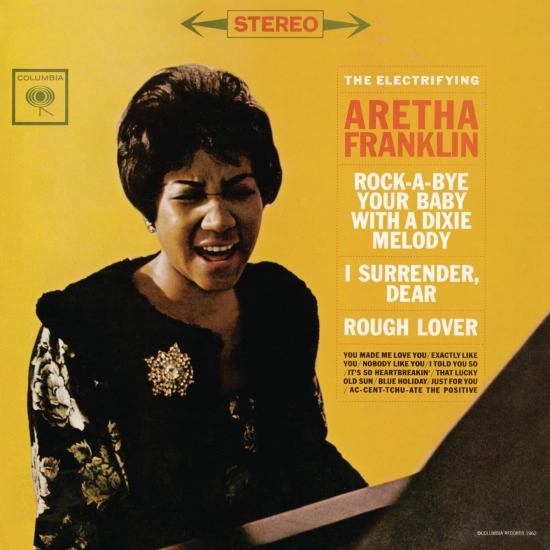 Info for The Electrifying Aretha Franklin

Arethas second album for the Columbia label, The Electrifying Aretha Franklin still found the label unsure as to how to promote the singer, although this album was a step in the right direction.
Producer John Hammond created something of an intimate atmosphere in the studio, yet some of the material would appear to be better suited to the stage. Yet towering above even the mediocre material is Arethas voice, as strong and as powerful then as it would become later in the decade. Tracks like You Made Me Love You may be standards, but they are not standard Aretha Franklin, yet she manages to breathe life into each and every song.
Aretha Franklin, vocals, piano
Recorded July 11, 1961; August 16, 1961; November 7, 1961; December 21, 1961; January 25, 1962 at Columbia Recording Studios, New York City, NY
Produced by John H. Hammond, Richard Wess
Digitally remastered