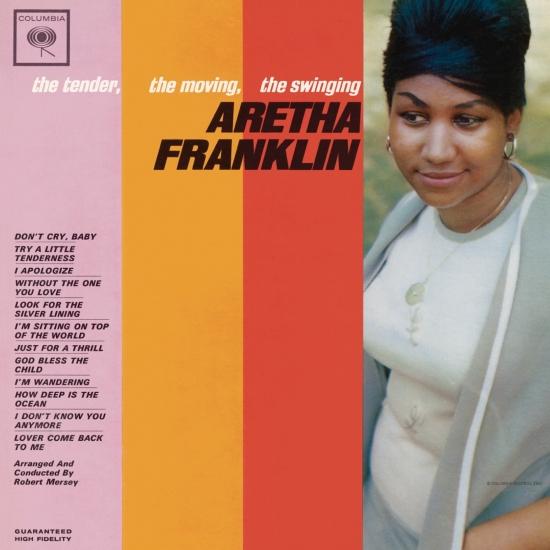 Info for The Tender, The Moving, The Swinging Aretha Franklin

Aretha's third studio album proved to be the most successful of her career, up to that point. Unlike it predecessors, it managed to make an appearance on the chart, albeit at a lowly #69, even though the only single lifted, Try A Little Tenderness barely troubled the Hot 100, peaking at #100! Yet Tender proved that Aretha was at last getting access to the type of material with which she could excel, and whilst her Columbia repertoire has been largely overlooked, simply because of the sheer quality of her later Atlantic recordings, there is still much to enjoy.
Aretha Franklin, vocals, piano
Recorded April 27, May 4–5, May 11, 1962 at Columbia Recording Studios, New York City, NY Produced by Robert Mersey
Digitally remastered