To The Sea Jack Johnson and Friends 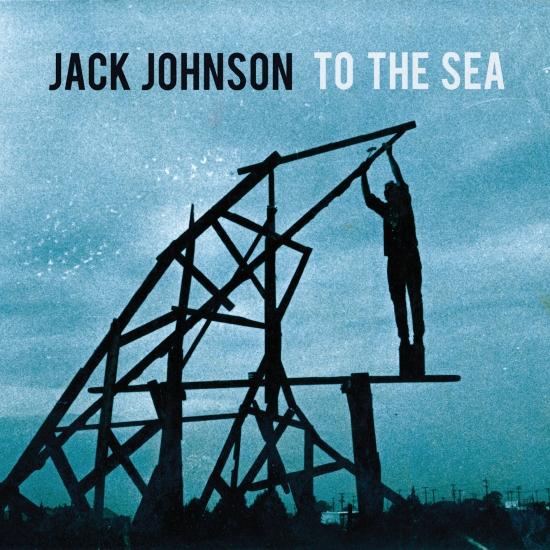 Info for To The Sea

To the Sea, the fifth studio album from surfer/songwriter Jack Johnson, features 13 new tracks, all of which are destined to become the official summer 2010 soundtrack for collegiate volleyball games, post-graduation car wash fundraisers, and spontaneous beach blanket siestas everywhere.
„Nice guys finish… first, in the case of Jack Johnson. The surfer, filmmaker and middle-of-the-road acoustic songwriter has never pushed any creative envelopes with his pleasantly forgettable fare, yet his last two albums were UK number ones. Neither Sleep Through the Static (2008) nor In Between Dreams (2005) received much in the way of praise from the music press, but Johnson is in the same mould as Katie Melua: a musician whose fortunes appear impervious to negative reviews, rendering opinions expressed in pieces such as this absolutely irrelevant.
Indeed, such is the armour plating surrounding Johnson’s material that one wonders, while one writes, what the point is of even penning a review that won’t influence a potential buyer’s decision. The conclusion: to be objective, to relay the globally significant background of To the Sea and what’s to follow. That the album follows in the sonic footsteps of what’s come before should go without saying (whoops), and that it’s as challenging as committing a felony in a Grand Theft Auto video game (not very) is another needless statement of abject obviousness. But what’s not apparent from these songs is just how brilliant a man their maker is.
Not musically, you understand. Jack Johnson realises his strengths, limited as they are, and plays to them. Should he ever stretch himself as a musician the results could be fascinating – think The Beach Boys before Pet Sounds, and what they felt capable of afterwards – but right now he’s operating in a comfort zone that should guarantee continued commercial success. But here’s where the brilliant bit comes in: he doesn’t need the money. All profits from touring this record, all around the world, are to go to charities supporting the environment and the arts. He will strive to offset all carbon emissions. He even recorded this in two solar-powered studios. The music might be lightweight, but Johnson is a man on a serious mission, and should be applauded accordingly.
Johnson’s behaviour, his philanthropy and awareness-raising activities in the name of saving this world, should stir other globally known and financially stable artists into doing similar. Pretty though these songs occasionally are – even the harshest critic must concede that My Little Girl and Anything But the Truth are lovely – they’re of secondary importance to their creator’s enthusiasm in other, more important areas. It’s enough to have one forgiving the prevalent listlessness of the man’s catalogue, almost.“ (Mike Diver, BBC Review)
Jack Johnson, vocals, guitar, ukulele, Mellotron, percussion
Zach Gill, melodica, piano, Wurlitzer organ, percussion, background vocals
Adam Topol, glockenspiel, drums, percussion, background vocals
Merlo Podlewski, percussion, background vocals
Recorded at the Solar Powered Plastic Plant, Los Angeles, CA, and The Mango Tree, Hawaii
Engineered by Robert Carranza
Mastered by Bernie Grundman
Produced by Jack Johnson and Robert Carranza
Digitally remastered