In Between Dreams Jack Johnson and Friends 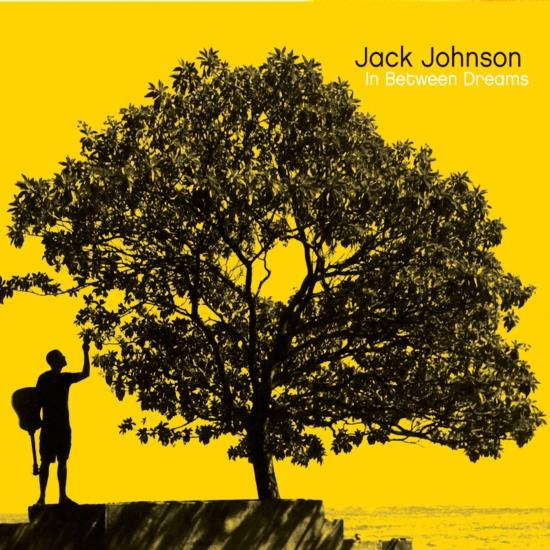 Info for In Between Dreams

Sounding at times like a more laid-back G. Love (without the rap tendencies), Johnson celebrates the simple pleasures and asks the big questions with the childlike innocence that only someone living in a literal paradise could muster. 'Banana Pancakes' is a Harry Nilsson-like groover that urges listeners to skip work and enjoy themselves every so often, while 'Good People' decries the age of reality television with a poignancy reminiscent of Donovan at his free-spirited best. Perhaps the track that most accurately encapsulates Johnson's unique less-is-more approach, however, is 'Belle,' a jazzy ditty that clocks in at less than two minutes and lets a swooning accordion tell the bulk of the story.
A former professional surfer and self-proclaimed beach bum, Jack Johnson is an unlikely candidate for rock-star status. Somehow, however, this everyman's mellow pop songs seem to tap into a commonly held desire for the simple life. The formula on IN BETWEEN DREAMS doesn't vary much from Johnson's previous albums, but is no less engaging--delicately strummed acoustic guitar, round bass lines, and gently funky drum patterns form a comforting bed for the Hawaii native's effortlessly soulful R&B-meets-folk vocals.
Jack Johnson, vocals, guitar
Merlo Podlewski, bass
Adam Topol, drums
Recorded at Mango Tree, Hawaii in October 2004
Mixed and engineered by Mario Caldato, Jr. and Robert Carranza
Mastered by Bernie Grundman
Produced by Mario Caldato, Jr.
Digitally remastered