On And On Jack Johnson and Friends 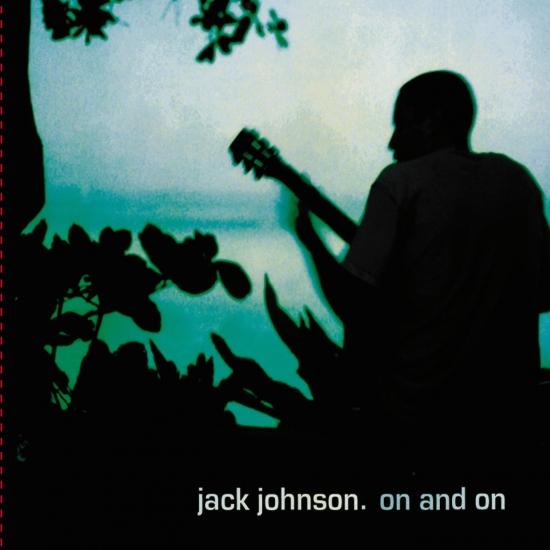 Info for On And On

Something of a slacker renaissance man, prototypical mellow surfer-dude Jack Johnson is not only a Billboard-charting recording artist, but also a world-champion athlete and award-winning documentary filmmaker. On his second full-length album, „On And On“, the sandy-toed singer/songwriter delivers a bare bones set of acoustic folk rock as soft and soothing as the Hawaiian breezes that serve as his inspiration.
As on his debut album, „Brushfire Fairytales“, Johnson serves up a groovy, yet slightly melancholy stew in his trademark breathy voice, which at its best recalls everyone from Steve Miller to Chet Baker to Evan Dando of The Lemonheads. This time around, however, the vocalist/guitarist isn't afraid to gently stir pinches of reggae, hip-hop, and Harry Belafonte style pop-calypso into his usual hippie jam-band roux. Mario Caldato Jr.'s ultra-sparse, live-sounding production carefully reveals the subtle sadness that lurks behind even Johnson's poppiest tunes, making „On And On“ the perfect album for a midnight beach party on the last night of summer vacation.
'...ON AND ON is full of stripped-down, intimate numbers, with Johnson and his trusty acoustic guitar making the songs' soft-spoken points in laid-back and bluesy setting....Introspective, low-key rock...' (CMJ)
Jack Johnson, vocals, guitar
Merlo Podlewski, bass
Adam Topol, drums
Recorded at Mango Tree, Hawaii
Mixed and engineered by Mario Caldato, Jr. and Robert Carranza
Mastered by Bernie Grundman
Produced by Mario Caldato, Jr.
Digitally remastered