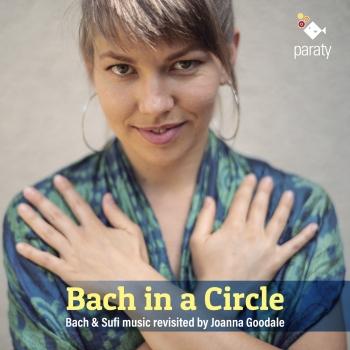 Bach in a Circle 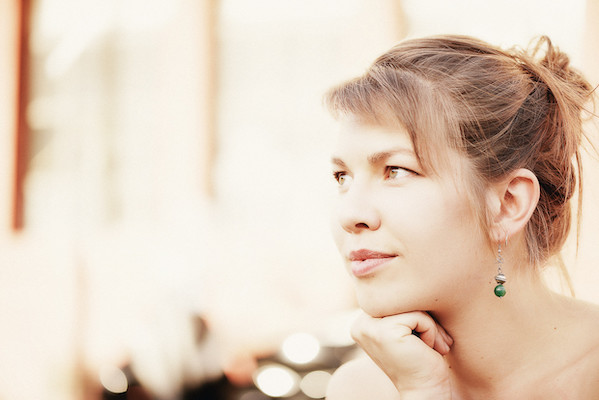 Joanna Goodale
Born into a British-Turkish family, Joanna Goodale is a French pianist with an eclectic and creative identity, opening up the classical repertoire to traditional world music and to her own comprovisations.​
Her first concept-album ​« Bach in a Circle » uniting Bach’s music with her own arrangements of Sufi chants (Turkey / Iran) will be out in 2019 with ​Label Paraty ​and with the support of the Fondation Tempo​, the ​Fondation Engelberts​, the ​Swiss Radio RTS Espace 2.
She has been invited to perform in Switzerland, in France, in Germany, in Turkey, in Spain and in the United Kingdom. Graduate of a ​Master of Arts in Piano (Geneva) ​and a ​Master of Arts in Anthropology (London)​, she has benefitted from the support of the ​Fondation L’ABRI in Geneva and of the advice of internationally renowned pianists ​such as Cedric ​Pescia​, Menahem ​Pressler and Anne ​Queffélec​.
Passionate about multidisciplinary projects, she forms ​FRACTALES piano-duo with ​Anna Benzakoun​, collaborates with Sufi dancer ​Rana Gorgani ​in BACH TO SUFI DANCE, with ​Leili Anvar for poetry-music concerts around mystic litterature, and with Kora player Sankoum Cissokho around Mandinka music.
Born in Switzerland, Joanna Goodale studied at the Music Conservatory of Geneva where her musical talent and perfect pitch were quickly noticed. She continued her studies at the ​Haute Ecole de Musique (HEM) de Genève with Dominique ​Weber​, in the lineage of Leon Fleisher. Joanna is also specialised in piano pedagogy (​Master​) and has been teaching passionately for over a decade. She runs workshops on improvisation and prepared piano in schools, festivals and on the fringes of her concerts.
Deeply convinced that music can transcend borders and touch the sublime, she invites her public to enter in communion with sound and silence in a space-time of rare intensity.