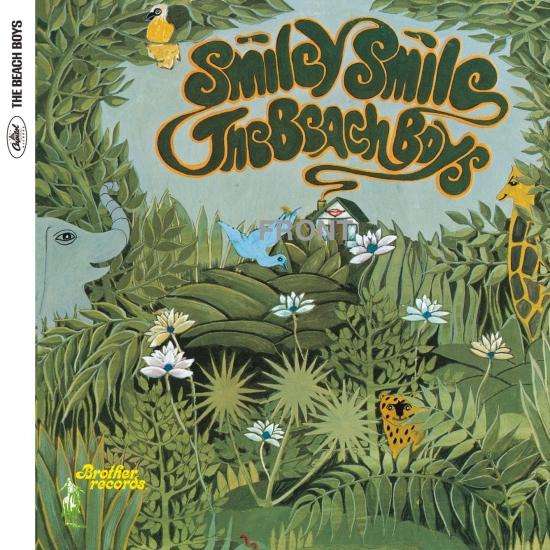 „After the much-discussed, uncompleted Smile project -- which was supposed to take the innovations of Pet Sounds to even grander heights -- collapsed, the Beach Boys released Smiley Smile in its place. (To clarify much confusion: Smiley Smile is an entirely different piece of work than Smile would have been, although some material that ended up on Smiley Smile would have most likely been used on Smile. Also, much of Smiley Smile was in fact recorded after the Smile sessions had ceased.) For fans expecting something along the lines of Sgt. Pepper (and there were many of them), Smiley Smile was a major disappointment, replacing psychedelic experimentation with spare, eccentric miniatures. Heard now, outside of such unrealistic expectations, it's a rather nifty, if rather slight, effort that's plenty weird -- in fact, often downright goofy -- despite Brian Wilson's retreat from both avant pop and active leadership of the group. 'Wind Chimes,' 'Wonderful,' 'Vegetables,' and much of the rest is low-key psychedelic quirkiness, with abundant fine harmonies and unusual arrangements. The standouts, nonetheless, were two recent hit singles in which Brian Wilson's ambitions were still intact: the inscrutable mini-opera 'Heroes and Villains,' and the number one hit 'Good Vibrations,' one of the few occasions where the group managed to be recklessly experimental and massively commercial at the same time.“ (Richie Unterberger, AMG)
Al Jardine, vocals, acoustic guitar
Bruce Johnston, vocals, bass
Mike Love, vocals
Brian Wilson, vocals, bass
Carl Wilson, vocals, acoustic guitar
Dennis Wilson, vocals