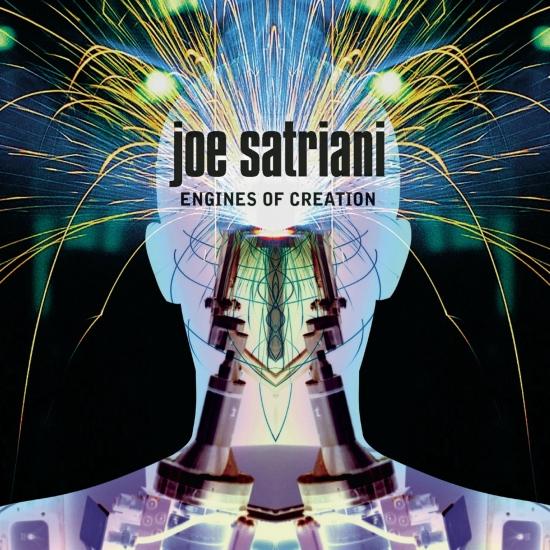 Most people think of Joe Satriani as a shredder, but in fact he released an album back in 2000 entitled Engines of Creation, which blended electronica with rock guitar elements without losing that characteristic Satriani sound. Combining such disparate influences as Jeff Beck’s Who Else and You Had It Coming with ‘90s electronica artists such as Apollo 440 and the Chemical Brothers, Joe was able to inject live rock guitar elements into electronic music.
On Engines, Joe takes some great jungle grooves, like the opening track, “Devil’s Slide,” and blends them with synths and overdriven guitars to create a melee of contoured, driving tones. What Joe brings to the table is his great sense of melody and acrobatic finger stunts.
On the cut “Attack,” Joe deftly matches the rhythm figure with the drum n’ bass groove, resulting in the perfect marriage of two genres typically thought to be incompatible. The tune, “The Powder Cosmic 2000, Pt. 2” aptly demonstrates Joe’s sense of guitar work over funky loops and features a synth tone reminiscent of Jan Hammer’s ‘70s fusion work. The chill track, “Slow and Easy” infuses many textural layers of sitar and soundscape synth as Joe’s melodic playing rides sweetly on top. All in all, this album exemplifies how guitar can intertwine perfectly within elements of electronica and still appeal to the guitar enthusiast.
Joe Satriani, guitar, keyboard, programming
Eric Caudieux, keyboard, programming, bass
Anton Fig, drums
Pat Thrall, bass
Recorded 1999 at Chateau FAF in Los Angeles; Avatar Studios in New York City
Engineered, mixed and edited by Eric Caudieux
Mastering by Howie Weinberg
Produced by Joe Satriani, Eric Caudieux, Kevin Shirley
Digitally remastered