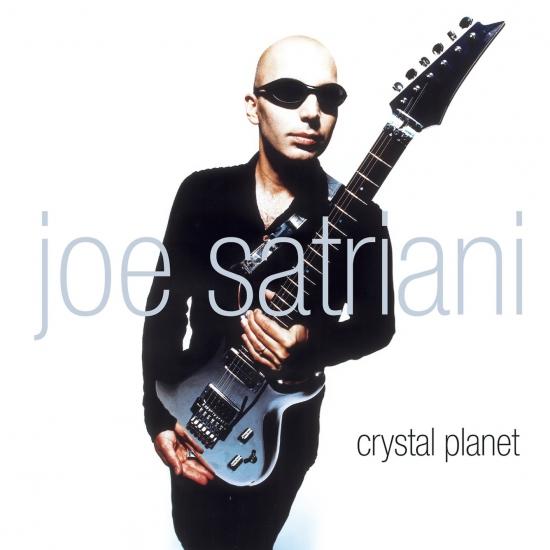 Few 'guitar shredders' of the late '80s were able to cross over into the upper reaches of the pop charts, but Joe Satriani proved to be an exception to the rule. And with over eight full-length studio albums in the shops by late 2003, Satch was ripe for a 'best-of' collection -- resulting in the release of the double-disc overview Electric Joe Satriani: An Anthology. If you're a newcomer and are looking for a finely balanced set of highlights from throughout Satriani's career, Electric Joe Satriani is definitely the way to go. Like his pal Steve Vai, Satch could shred with the best of them, but always put the importance of songwriting before simply just blasting out a flurry of notes. Satriani's early work remains his best, including such uptempo air guitar classics as 'Satch Boogie' and 'Summer Song,' as well as the gorgeous ballad 'Always With Me, Always With You.' But other highlights abound as well, including 'Surfing With the Alien,' 'The Mystical Potato Head Groove Thing,' 'Devil's Slide,' 'Starry Night,' and 'Cool #9.' While the majority of the tracks here are instrumental, vocals do appear from time to time, such as on the ZZ Top-like romp 'Big Bad Moon.' Electric Joe Satriani: An Anthology includes all the faves you'd expect.“ (Greg Prato)
„Crystal Planet breaks no new ground, relying instead on signature power ballads, big-hearted anthems, and crunching rockers. . . . Satriani is an old-fashioned guitar hero, an antic wailer, and a romantic at heart. . . .“ (Entertainment Weekly)
Joe Satriani, guitar, guitar synthesizer, keyboard, bass
Eric Caudieux, keyboard, programming, orchestration, editing
Eric Valentine, keyboard, drums, percussion, bass
Jeff Campitelli, drums, percussion, clapping
Elk Thunder, percussion
Rhoades Howe, percussion
Stuart Hamm, bass
Mike Manning, clapping
Recorded at The Plant Studios in Sausalito, California; The Site; H.O.S. Recording; Hyde Street Studios in San Francisco; Fantasy Studios in Berkeley, California
Mastering by George Marino
Engineered by Eric Valentine, John Cuniberti
Produced and engineered by Mike Fraser
Digitally remastered