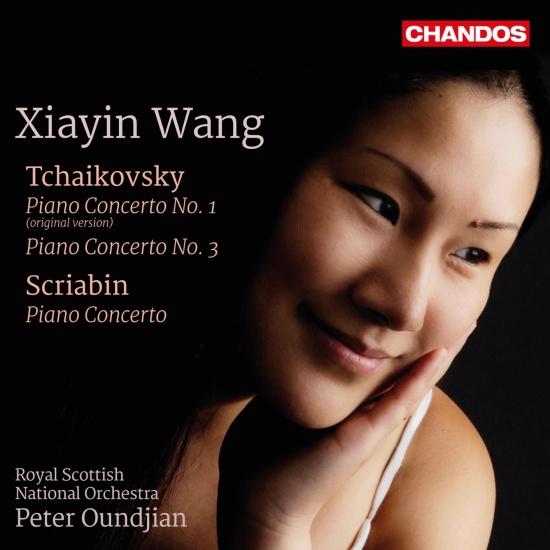 Following her acclaimed recording of Tchaikovsky’s Piano Concerto No. 2 in 2016 (Editor’s Choice, Gramophone), Xiayin Wang here completes the trio with No. 1 and the posthumously published No. 3, alongside Scriabin’s only concerto.
Whether Tchaikovsky gave his consent to the virtuoso Alexander Ziloti to revise his Piano Concerto No. 1 is unknown, but Wang here presents the lesser-recorded original version. Piano Concerto No. 3 was originally begun as a symphony, all of which except the first movement was ultimately abandoned; that surviving movement was later completed as a single-movement concert work for piano and orchestra.
Scriabin finished his piano concerto in only a few days, although it took months to orchestrate it before the 1897 premiere. Sensitively played by Wang, the concerto shows a naïve charm that even Scriabin, at his most translucent, would struggle to recapture once his career got underway.
"My word, Xiayin Wang is a very thoughtful and engaging artist, the pliancy and soul of the ensuing Andantino especially pleasing. What a lovely touch, too, Tchaikovsky’s jewelled writing as lustrous as one could wish. Happily, she’s rhythmically supple yet suitably animated in the Allegro con fuoco, which burns with a steady flame rather than flares with magnesium heat. Then again, that’s the nature of this performance, which has none of the self-seeking pyrotechnics that so often mar this exhilarating finale. And so it is with the compact, closely argued Op. 75, where Xiayin Wang’s technical prowess, sensitively channelled, serves the music and nothing else.
How sensuous she is in the Scriabin, its rich harmonies superbly realised by soloist and orchestra alike. It’s a piece that’s apt to sprawl, and that it doesn’t here is a measure of everyone’s clarity and commitment. The Andante has wonderful poise and detail, the latter a reminder of how good the engineering is. It’s all so exquisitely washed and tinted, our painter-pianist showing exemplary taste and good judgment throughout. As for the finale, essayed with a strong sense of shape and approaching exultation, it’s even more rewarding when delivered with such assurance and style.
Would I want to be without Dariescu and Donohoe in the Tchaikovsky, or Sudbin’s Scriabin? No, but I’m happy to file Xiayin Wang’s fine performances alongside theirs. And while I’ve grumbled about the sound of some recent Chandos releases, I’ve absolutely no qualms about this one. Detailed liner-notes by David Nice complete a most attractive package.
Xiayin Wang just gets better and better; well worth your time and money." (Dan Morgan, MusicWeb International)
Xiayin Wang, piano
Royal Scottish National Orchestra
Peter Oundjian, conductor 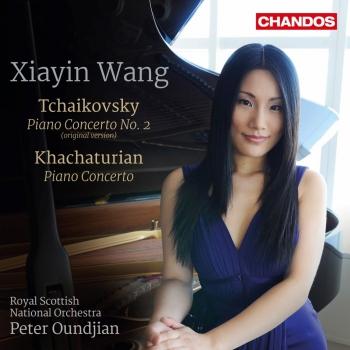 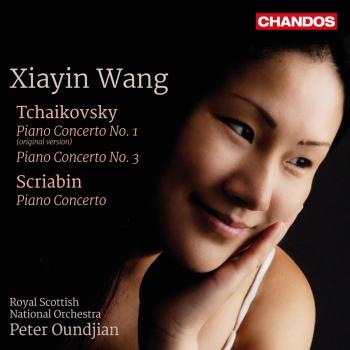 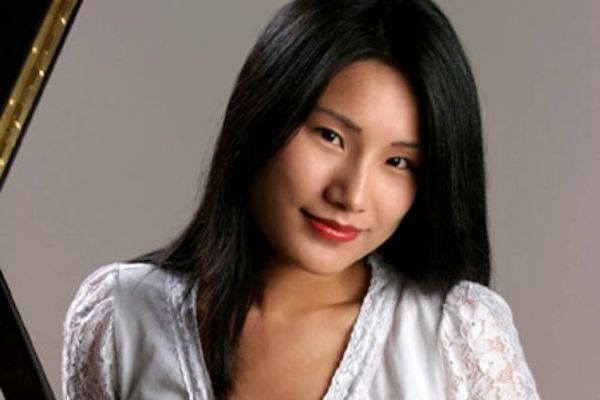 Xiayin Wang
is an artist of keen musicality and sweeping virtuosity. Praised by The New York Times for her “estimable grasp of pianistic color and her ability to maintain and illuminate a strand of melody within the thickest of textures,” Ms. Wang has released numerous celebrated recordings and performed throughout the world, from New York’s Carnegie Hall and Lincoln Center, to music centers in South America, Europe, and Asia. As Musical America put it: “She can be at one moment sensual and the next rhythmically driving…with such assuredness, such delicacy, that one forgets the difficulties inherent in the performance, and is left breathless in musical awe.”
Ms. Wang’s discography has received international acclaim, with her most recent Chandos recording of Alberto Ginastera’s Piano Concertos Nos. 1 and 2 with the BBC Philharmonic and their Music Director Juanjo Mena being hailed by Gramophone as “jaw-droppingly impressive” and singled out by The New Yorker’s Alex Ross. Her recordings of Rachmaninoff’s Piano Sonatas (2014) were lauded for “flawless” (BBC Music Magazine) technique and “awesome clarity and poise” (Gramophone, Editor’s Choice for both Rachmaninoff discs), and her disc of American Piano Concertos (2013) was crowned disc of the month by MusicWeb International. Ms. Wang’s 2018 release of a lesser-known collection of works by Granados on Chandos was praised by the BBC Music Magazine as catching “the spirit of youthful Spanish ardour.” Her next album with Chandos is set to release on November 2, with Tchaikovsky’s Piano Concertos No.1 & 3 and Scriabin’s only concerto.
Recent highlights include orchestral debuts with the Minnesota Orchestra, Pacific Symphony and Chicago Philharmonic Orchestra; solo recitals in North and South America; performances/recording of Tchaikovsky & Khachaturian Piano Concertos with the Royal Scottish National Orchestra and Peter Oundjian; a recital with the Fine Arts Quartet in Milwaukee for the Saint-Saëns Piano Quintet in A minor, Op. 14; and a return solo recital at New York City’s celebrated International Keyboard Institute & Festival at Hunter College’s Kaye Playhouse.
Her 2018-19 season includes debuts with the Aiken Symphony Orchestra performing the Gershwin Piano Concerto in F, the Southwest Florida Symphony performing Rachmaninoff’s Concerto No. 3, and the Spanish National Orchestra performing Britten’s Piano Concerto, as well as a UK tour of the Gershwin with the National Youth Orchestra of Great Britain Tour and chamber music concerts in California with violinist Alexandra Soumm. Also in the 2018-19 season, Ms. Wang joins the distinguished faculty at The New School’s Mannes School of Music as an instructor of piano.
Ms. Wang has performed with the Baltimore, Houston, and Pittsburgh Symphonies, the Vienna Chamber Orchestra, Israel Chamber Orchestra, Royal Scottish National Orchestra, and the Orchestra Sinfonica di Roma. She has appeared in recital in New York at Carnegie Hall and Alice Tully Hall, Vienna at Mozartsaal, as well as in France, Italy, Hungary, Russia, Mexico, Cuba, Chile, Costa Rica, and her native China.
She completed her studies at the Shanghai Conservatory and garnered an enviable record of first prize awards and special honors for her performances throughout China. Ms. Wang, who began piano studies at the age of five, came to New York in 1997. She holds Bachelor’s, Master’s, and Professional Studies degrees from the Manhattan School of Music.