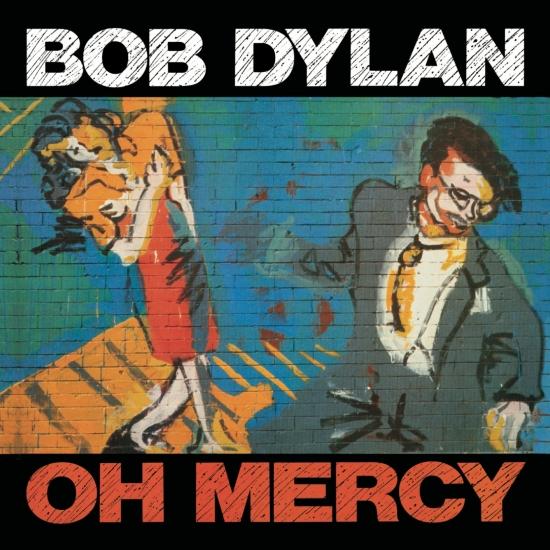 The second half of the 1980s was a dark time for hardcore Dylan fans, as their hero released a string of overproduced, lackluster albums, but the trend was gloriously reversed in 1989 with "Oh Mercy". The record was produced by Eno acolyte Daniel Lanois, and would help make the Canadian studio wizard a first-call producer, in addition to righting Dylan's reputation. Accordingly for an album made in New Orleans, "Oh Mercy" has a thick, swampy, organic feel that echoes the blues roots so fundamental to Dylan's aesthetic, while simultaneously re-imagining them in a fresh, contemporary setting.
The songs, too, were Dylan's strongest in years. The modal "Political World" and chugging "Everything Is Broken" accurately take the sociopolitical temperature of the times without resorting to pedantry. "Most of the Time" is as full of romantic regret as "What Was It You Wanted" (later covered by Willie Nelson) reeks of emotional aloofness, and "Man in the Long Black Coat" is a mortality meditation as foreboding as anything in Dylan's catalogue. Though Dylan would turn out one more sub-par album after this (Under The Red Sky), "Oh Mercy" nevertheless marked the master songwriter's powerful return and dramatic upswing.
"Oh Mercy was hailed as a comeback, not just because it had songs noticeably more meaningful than anything Bob Dylan had recently released, but because Daniel Lanois' production gave it cohesion. There was cohesion on Empire Burlesque, of course, but that cohesion was a little too slick, a little too commercial, whereas this record was filled with atmospheric, hazy production -- a sound as arty as most assumed the songs to be. And Dylan followed suit, giving Lanois significant songs -- palpably social works, love songs, and poems -- that seemed to connect with his past. And, at the time, this production made it seem like the equivalent of his '60s records, meaning that its artiness was cutting edge, not portentous. Over the years, Oh Mercy hasn't aged particularly well, seeming as self-conscious as such other gauzy Lanois productions as So and The Joshua Tree, even though it makes more sense than the ersatz pizzazz of Burlesque. Still, the songs make Oh Mercy noteworthy; they find Dylan quietly raging against the materialism of President Reagan and accepting maturity, albeit with a slight reluctance. So, Oh Mercy is finally more interesting for what it tries to achieve than for what it actually does achieve. At its best, this is a collection of small, shining moments, with the best songs shining brighter than their production or the album's overall effect." (Stephen Thomas Erlewine, ANG)
Bob Dylan, vocals, guitar, piano, harmonica, 12-string guitar, organ
Malcolm Burn, tambourine, keyboards, bass
Mason Ruffner, guitar
Brian Stoltz, guitar
Paul Synegal, guitar
Rockin' Dopsie, accordion
Tony Hall, bass
Larry Jolivet, bass
Willie Green, drums
Daryl Johnson, percussion
Cyril Neville, percussion
John Hart, saxophone
Produced by Daniel Lanois
Digitally remastered
Please Note: the source files come from an extracted SACD.