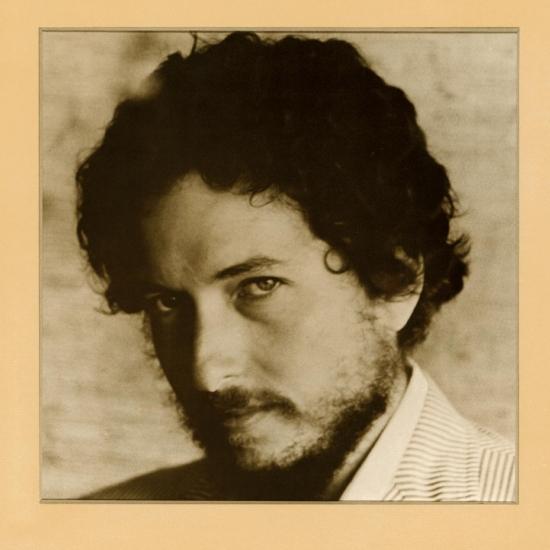 Following the critical and commercial drubbing that „Self Portrait“ received, Dylan returned to form with „New Morning“. With its sepia-colored cover photo of a somewhat rabbinical-looking Dylan, this is a gentle, eclectic album in which the artist celebrates married life and living in the country. He sings about domestic bliss on 'The Man in Me' and of the simple joy of being called 'pa' by his kids on 'Sign in the Window.' This was perhaps the last time that Dylan would release a collection of songs so free of his trademark bile. 'If Not For You,' for example, is gently, poetically romantic.
Much of the music bears some of the pastoral flavor of „Nashville Skyline“. However the title track and the slide guitar-driven 'One More Weekend' really rock. Elsewhere there are moments of quiet beauty: the eloquent 'Time Passes Slowly' and the lilting, waltz-time 'Winterlude.' Dylan can even be heard enjoying himself in 'If Dogs Run Free,' which finds him uttering comical Beat-style jazz rhymes over scat singing. „New Morning“ ends with 'Father of Night,' a straightforward benediction that foreshadows some the religious themes that would follow later in the decade.
„Dylan rushed out „New Morning“ in the wake of the commercial and critical disaster „Self Portrait“, and the difference between the two albums suggests that its legendary failed predecessor was intentionally flawed. New Morning expands on the laid-back country-rock of John Wesley Harding and Nashville Skyline by adding a more pronounced rock & roll edge. While there are only a couple of genuine classics on the record ('If Not for You,' 'One More Weekend'), the overall quality is quite high, and many of the songs explore idiosyncratic routes Dylan had previously left untouched, whether it's the jazzy experiments of 'Sign on the Window' and 'Winterlude,' the rambling spoken word piece 'If Dogs Run Free' or the Elvis parable 'Went to See the Gypsy.' Such offbeat songs make New Morning a charming, endearing record.“ (Stephen Thomas Erlewine, AMG)
'...this is an album that, the less said about it, the better....In good conscience, all I can really say is get it yourself and prepare to boogie...' (Rolling Stone)
Bob Dylan, vocals, harmonica, guitars, organ, piano
Additional musicians:
David Bromberg, electric guitar, dobro
Harvey Brooks, bass
Ron Cornelius, electric guitar
Charlie Daniels, bass
Buzzy Feiten, electric guitar
Al Kooper, organ, piano, electric guitar, French horn
Russ Kunkel, drums
Billy Mundi, drums
Hilda Harris, backing vocals
Albertin Robinson, backing vocals
Maeretha Stewart, backing vocals on 'If Dogs Run Free'
Recorded June–August 1970 at Studio B; Studio E, Columbia Studio Building, New York City
Produced by Bob Johnston
Digitally remastered