Two's Missing The Who 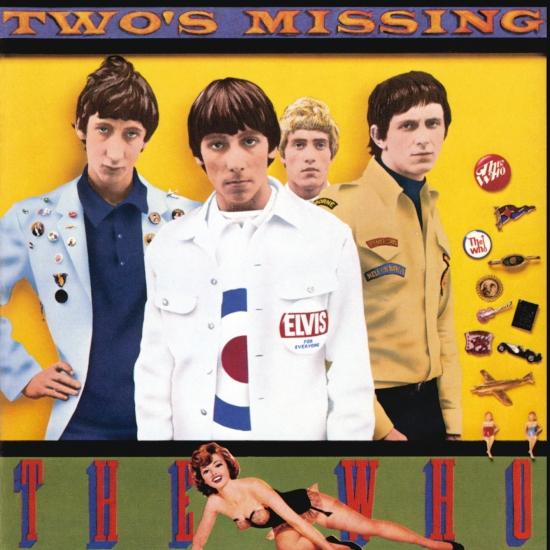 „A follow-up to Who's Missing, with more obscure B-sides, little-known R&B covers, and other relics of the band's early history, of which the best part is their soulful rendition of "Anytime You Want Me." Two's Missing songs.“ (Bruce Eder)
„Like Who's Missing, this is an assortment of B-sides, UK-only tracks, outtakes, and live cuts from the 1960s and early '70s. Again, there's some notable, even terrific, material here: the fiery 1967 covers of the Rolling Stones' "The Last Time" and "Under My Thumb," the strange 1968 UK single "Dogs," the heavy R&B of the '65 British B-side "Daddy Rolling Stone." Yet much of the rest of the album is extraneous to all but diehards, like a sluggish 1965 cover of Martha & the Vandellas' "Motoring," Keith Moon's novelty B-side "Wasp Man," or the 1969 instrumental "Dogs, Part 2" (which does have some slick guitar runs and manic drumming). The record's haphazardly sequenced as well. Also, Who's Missing and Two's Missing still manage to miss a couple '60s B-sides that Who fanatics might want (Entwistle's "I've Been Away" and Keith Moon's "In the City"), although those two cuts are now available on the CD reissue of A Quick One. In fact, the well-known bootleg Who's Zoo does a much better job of assembling most of the group's early rarities into two albums.“ (Richie Unterberger, AMG)
Roger Daltrey, vocals
Pete Townshend, guitar, vocals
John Entwistle, bass, vocals
Keith Moon, drums
Produced by Glyn Johns, Kit Lambert, Shel Talmy, The Who
Digitally remastered