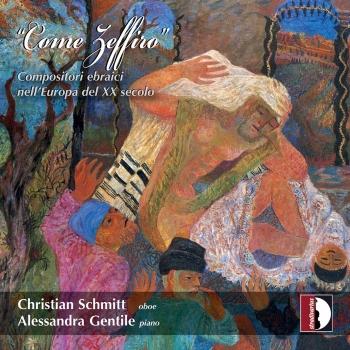 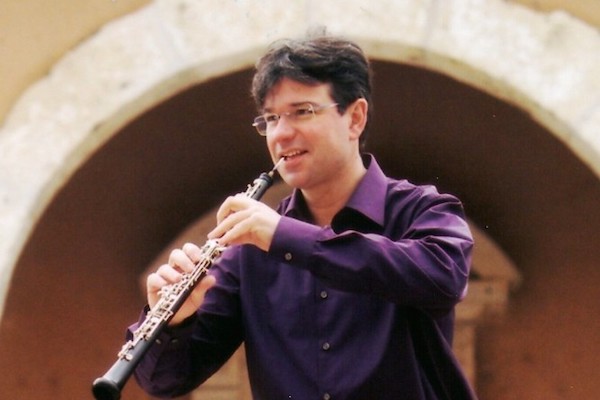 Christian Schmitt
Born in 1965, Christian Schmitt studied at the Conservatoire National Supérieur de Musique in Lyon and the Staatliche Hochschule für Musik in Karlsruhe. Having improved his playing with great masters of the oboe such as Thomas Indermühle, Maurice Bourgue and Heinz Holliger he was awarded first prize in music from the European Cultural Foundation in Freiburg.
He performed as oboe soloist in 1986 in the Orchestre Symphonique de Bretagne, in 1987 in the Orchestre Symphonique de Mulhouse - Opéra du Rhin and from 1992 to 2012 in the Sinfonieorchester Basel. He has also been requested to play with several orchestras such as the Orchestre Symphonique de la Suisse Romande, Tonhalle-Orchester Zürich, Orchestre National de France, Südwestfunk Baden-Baden Sinfonieorchester, Orchestre National de Russie, Zürcher and Basler Kammerorchester, Orchestre National de Lyon, Orchestre National de l’Opéra de Lyon. He has performed as a soloist under the baton of famous conductors such as Nello Santi, Armin Jordan, Marcello Viotti, Heinz Holliger, and Walter Weller.
He also dedicates himself to the chamber music repertoire, notably with the Schweizer Bläserquintett and has taken part in numerous festivals: Montreux, Gstaad, Saint Moritz, Martigny-Champey and Prades. He recorded with the Chamber Orchestra "Les Solistes de Lorraine" a CD of baroque concertos. A collaboration with the pianist Joseph Nykiel and with the Schweitzer Radio DRS 2 resulted in the production of two further CDs.: the first one entitled "Hautbois Français" dedicated to the twentieth-century French composers, and the second devoted to 19th-century romantic oboe pieces.
Christian Schmitt is at the cutting edge of contemporary creation for the oboe and different pieces have been written for him. In July 2005 he produced for the first time Dialogues by the French composer Vincent Paulette, and in January 2006 at Radio-France for the INA-GRM, Spatio Intermisso Temporis by the Italian composer Jacopo Baboni Schilingi for Christian Schmitt (hautbois) et live computer. Then in 2007, Shore was composed for him by the German composer Hans Tutschku for the Electro-acoustic Music Festival in Arc et Senans.
In July 2009, he produced for the first time in the Town Hall of Birmingham (UK) the « Sonate pour hautbois et piano » written for him by the French composer Laurent Riou. Together they wrote a transcription for oboe and piano of Maurice Ravel’s « Le Tombeau de Couperin » published by Egge Verlag (Koblenz am Rhein).
He is currently forming a duet with the Italian pianist Alessandra Gentile. Together they have been performing the vast oboe repertoire.
Christian Schmitt has been tending more and more, and with great enthusiasm, towards a large range of educational activities. Every year he is invited for master-classes in France as well as in Europe and in North American and South East Asian universities.
He is currently teaching at the Académie Supérieure de Musique de Strasbourg (Haute École des Arts du Rhin) and since 2008, he has taught as Professor at the Staatliche Musikhochschule in Stuttgart, succeeding Prof. Ingo Goritski.
He is a member of numerous juries of international competitions and notably was requested to serve as judge for the prestigious ARD Oboe Competition in Munich.