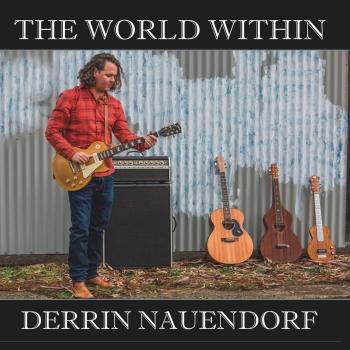 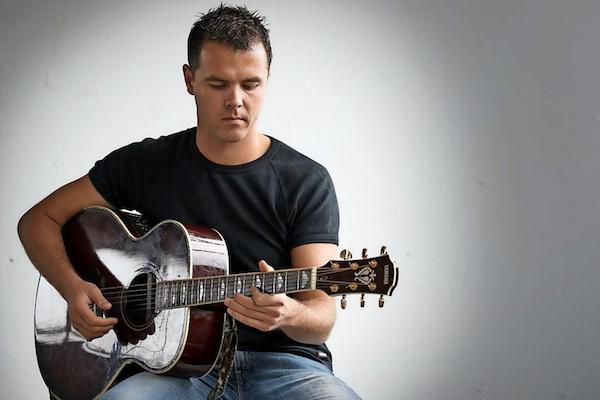 Derrin Nauendorf
Derrin's music and solo career began almost two decades ago now. There was something about the sound of the open tunings, emotive songwriting, earthy vocals and rootsy sound that captured the public's imagination. It lead Derrin as a young wide eyed man, into an extraordinary journey that has taken in over 2500 shows, in dozens of countries, on all kinds of stages and venues. In this time, Derrin has produced 11 albums, received countless positives reviews and gained a reputation as a spine tingling live performer.
To further enhance his reputation, his lyrics for the song "Shipwrecked" were published in a text book for English literature, produced by Cambridge University, for universities around the world. Not only is Derrin a gifted lyricist, he is also a highly skilled guitarist and composer. To highlight this, Derrin has long been endorsed by Yamaha Guitars and also his last album "Crazy World" was released by Candyrat Records. It featured also guitar star Luca Stricagnoli on one track.
2019 sees Derrin release his 11th album "The World Within". It comes after a much deserved break from touring and the music business, to reflect on life, music and all things in general. This process has had a very positive impact on Derrin as a human and an artist.
"I had been touring for so long. All my adult life. I didn't know where I started or began anymore. So much had happened in my professional and personal life, I just felt like it was time to unplug for a bit. I was not operating at my best level as an artist and human and decided to quickly disappear for a bit. I wrote this album and I learned also to play lapslide guitar. This feels very close to the sounds I've had in my head for many years. I feel so energised as a human and artist, and am ready to come share it with everyone."
Derrin will be on tour in Europe to support the release of the new album "The World Within" in November 2019.