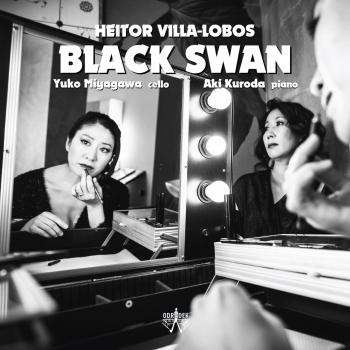 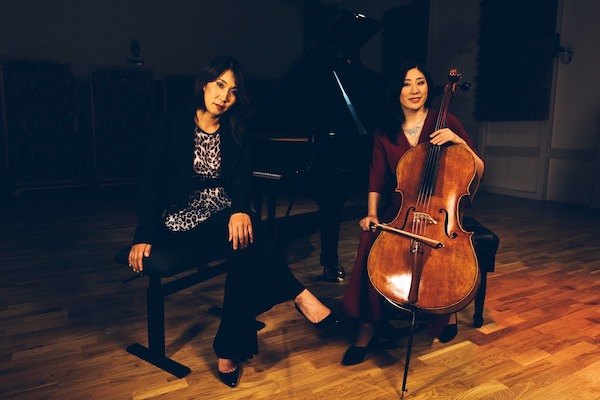 Yuko Miyagawa
was born into a well-known musician family in Tokyo. After receiving her Bachelor at the renowned Toho Music Academy she completed her cello studies at the Mozarteum Salzburg and Accademia di Santa Cecilia in Rome, where she studied with Heidi Litschauer and Arturo Bonucci. She has also attended master classes with Geringas, Pergamenschikow and Pleeth, among others. In the field of chamber music, she has been strongly influenced through musical contact with such artists as Menahem Pressler, Hans Leygraf, Hagen Quartett and Szymon Goldberg.
She is winner of 1st prizes at the 6th International Chamber Music Competition in Tokyo, as well as at the cello competition of Calabria and the cello-piano duo competition of Pinerolo, Italy. At age 19, she was invited by Alexander Schneider to perform at the New York String Seminar at the Carnegie Hall and the Kennedy Center in Washington.
Miyagawa performs regularly around Europe and Japan as a soloist and chamber musician. She is also known for her collaboration with famous representatives of traditional Japanese arts, such as the Noh-Theatre. In 2005, her debut-CD, recorded by Victor Entertainment Japan, quickly climbed on the top of the classic charts in Japan. In 2006, she released her 2nd album with music by Grieg and Sibelius.
In 2007, Miyagawa founded the “Aqua Trinity”-trio together with two distinguished soloists. This rare formation consists of harpsichord, violin and cello, and performs repertory from the early baroque to modern arrangements, in concerts and on radio and TV throughout Japan. In 2010, the trio released a CD that received enthusiastic reviews.
Recently she has been heard in recital series at the Suntory Hall and Kioi Hall in Tokyo, as well as soloist in Elgar’s cello concerto with the New Japan Philharmonic Orchestra and in Haydn’s cello concerto with the Royal Symphonic Orchestra.
Aki Kuroda
After graduating from the Tokyo National University of Fine Arts, pianist Aki Kuroda went on to further her studies in Italy with Bruno Mezzena, receiving a degree in twentieth-century piano music with distinction from the Accademia Musicale Pescarese AMP. Aki performs extensively as a soloist and a chamber musician both in Japan and in Europe, especially in Italy.
She won first prizes in the 1993 French Music Competition and the 1997 Contemporary Music Competition. In 1995, she was awarded the Xavier Montsalvage Prize for Performance of Contemporary Piano Music in Spain. Besides the classical repertoire, Kuroda has performed pieces by many contemporary composers, such as Ligeti, Xenakis, Donatoni, Boulez, Campo, Mochizuki and Takemitsu. In 2003 she gave a brilliant performance in the Teatro Regio di Parma, playing Mussorgsky’s Pictures at an Exhibition and a composition dedicated to her by Maurizio Pisati. She subsequently performed Michael Jarrell’s “Modifications” at the Ticino Musica Festival.
In 2004, Kuroda gave a wonderful performance of Schoenberg’s Kammersymphonie Op. 9 in its piano solo version in Tokyo and Osaka. At present Kuroda is working with renowned musicians such as the clarinetist Alessandro Carbonare and the Prometheus Quartet. She has devoted special attention to Astor Piazzolla’s works, to whom her first solo albums are dedicated (Japan Victor). Kuroda is acclaimed not only as a classical and contemporary music pianist, but also as a tango and jazz music performer.
Her videogame music recording Final Fantasy X. XIII, Piano Collection has been universally praised. In 2004, she released the album Tarkus and Pictures at an Exhibition, dedicated to the works of Keith Emerson. In 2008, she performed Sylvano Bussotti’s new composition “The Poetic Keyboard” at the Cagliari Spaziomusica Festival. Aki Kuroda’s 2014 disc ‘Firebird’, released by Odradek Records, has also earned her considerable critical acclaim, receiving 5 stars from the BBC Music Magazine among various other distinctions.
Kuroda is also a member of the Tokyo Gen’On project and the commission of the Piano Teachers’ National Association of Japan (PTNA).