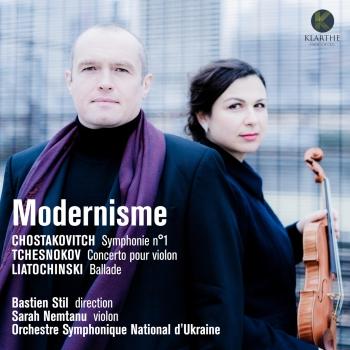 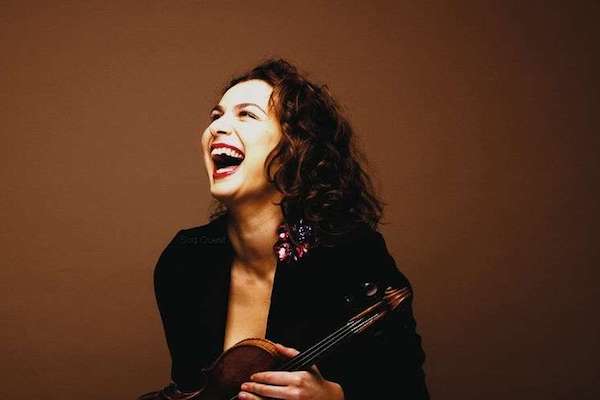 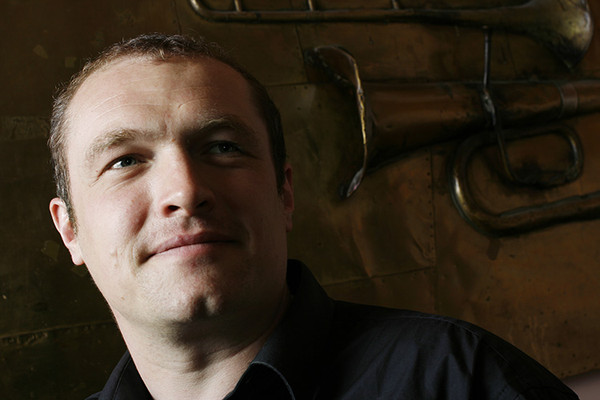 Sarah Nemtanu
became a well-known violinist when, at the age of 21, she was named principal violist in the Orchestre National de France. In 2010, her first record Gypsic topped sales charts in France. In 2009 she was the ‘real’ violinist in Radu Mihaileanu’s film Le Concert. Before all this, however, Sarah Nemtanu began violin studies with her father, Vladimir, principal violinist of the Orchestre National de Bordeaux Aquitaine. She then studied with Gérard Poulet at the Paris Conservatory, graduating with first prizes in violin and chamber music when she was 18.
Following the awards she won in the Saint-Jean de Luz and Antonio Stradivarius competitions, she was introduced to the public in a recording of Brahms’s Double Concerto with Gautier Capuçon, conducted by Emmanuel Krivine. Her solo appearances with the Orchestre National de France, the London Symphony Orchestra, the Swedish Radio Orchestra, the Santa Cecilia Orchestra in Rome and the Mahler Chamber Orchestra have earned high praise, and she has performed with conductors such as Bernard Haitink, Sir Colin Davis, Valery Gergiev and Riccardo Muti in some of the world’s most prestigious venues.
Her repertoire encompasses the solo and chamber literature, and she enjoys revisiting the “classics”, as her recording Gypsic shows. She also appreciates a variety of non-classical music, as demonstrated by her performances with Richard Galliano, Chilly Gonzales, Ibrahim Maalouf, and the singer Juliette.
Sharing her expertise is important to her, and she participates in a variety of charities including the French society Musique et Santé for children in hospitals and Amnesty International. She also teaches young musicians in Masterclasses and other pedagogical settings.
Bastien Stil
A very modern artist, of multiple facets, Bastien Stil has very quickly become a conductor in demand for symphonic and lyrical repertoire both in France and abroad.
During the 2018/2019 season Bastien Stil will make his debuts directing the Orchestre Philharmonique de Radio France, the Orchestre symphonique et lyrique de Nancy, the Porto Symphony Orchestra, the Orchestre Regional de Normandie and the Craiova Symphony Orchestra (Romania), he will also return to conduct the Opera de Rouen Normandie.
The 2017/18 season saw him make his debut directing the Ensemble Intercontemporain, the Orchestre National de Lille, the BBC Concert Orchestra, the Babelsberg Filmorchester, the Bucharest Symphony Orchestra, the Orchestre Lamoureux whilst also returning to conduct the Orchestre National d'Ile de France, the Orchestre National Bordeaux-Aquitaine and the Brno Philharmonic on a number of occasions. He also directed the Orchestre d'Auvergne, the Polish National Radio Orchestra and the Moscow Symphony Orchestra.
These concerts, performed in the most prestigious European concert halls (London Barbican Centre, Philharmonie de Paris, Konzerthaus Wien, Palais Garnier de Monte Carlo....) were broadcast on screens across Europe. (BBC, CZ TV, Arte, France TV, Mezzo, Radio France...)
He also has numerous recordings to his name, notably conducting the National Orchestra of Ukraine (Shostakovich 1st symphony - Tchesnokov Violin Concerto, soloist: Sarah Nemtanu/Klarthe Records 2018), the Ensemble Intercontemporain ("The Forgotten City" by David Hurry, Siemens Foundation Prize 2017) and the Opera de Rouen Normandie (Die Entführung aus dem Sérail: ouverture and airs, NoMadMusic 2018).
Eclectic, polyvalent and always in search of a new challenge, Bastien Stil started a close artistic collaboration with the Israeli composer/bassist Avishai Cohen when he undertook the musical direction of the symphonic concert "An evening with Avishai Cohen" in 2015, performing throughout Europe. He has also, since 2014, been directing the Orchestre National Bordeaux-Aquitaine in symphonic projects with the greatest jazz players of our time (Wayne Shorter, Milton Nascimento, Marcus Roberts, Richard Galliano, Lee Konitz, Yusef Lateef, Dave Liebman).
Bastien Stil began by learning the piano in Rouen with Pierre Duvauchelle (a pupil of Marguerite Long and Marcel Dupré), which he added to by studying brass (trombone, tuba), composition, analysis, history of music and orchestral direction (S.Billard, C.Levacher). Gaining a place to study at the Conservatoire National Supérieur de Musique de Paris (CNSM), he was awarded the highest distinctions in all subjects in 2001 and went on to study with Neil Thomson (Royal College of Music) and John Farrer (USA). He studied the lyric repertoire in parallel at the Opera de Rouen-Normandie as the assistant of Antony Hermus.
In 2018, Bastien Stil was a laureate of the 1st International conducting competition in Bucharest.