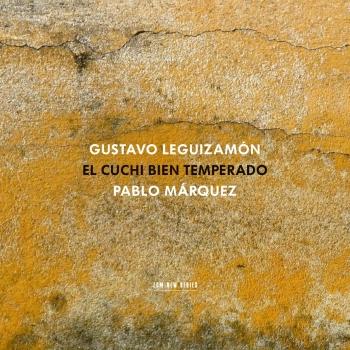 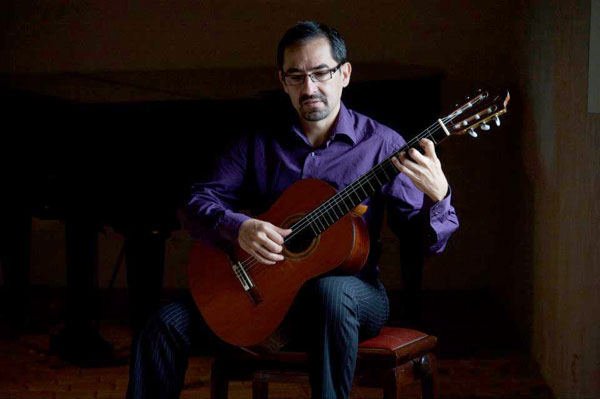 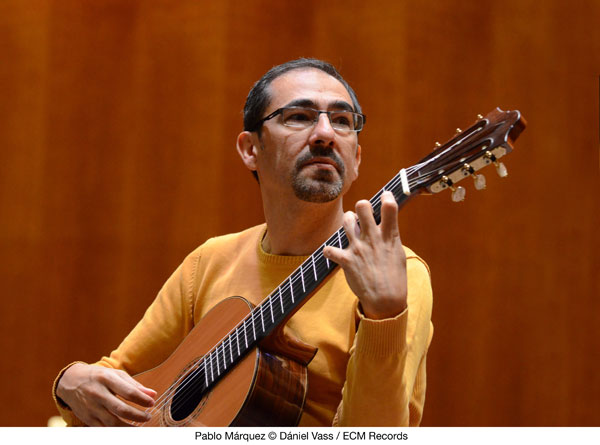 Pablo Márquez
A pioneer in daring repertoires, exploring as successfully early works as the rich literature of the 20th and 21st centuries, or the folk music of northwestern Argentina, land of his birth, Pablo Márquez is one of today's most sensitive interpreters and talented guitarists. His musical intelligence and peerless technical skills make him a creator much sought after by living composers.
He began playing the guitar at the age of 10 and, three years later, gave his first concert with orchestra in Salta, a city in the northwestern part of Argentina where he grew up and studied. He did advanced study with Jorge Martínez Zárate and Eduardo Fernández, and his years of training came to an end when he was twenty, with first prizes awarded unanimously at the Villa-Lobos (Rio de Janeiro) and Radio France (Paris) international competitions. He would win further prizes in Geneva and Munich, thereby confirming his extraordinary artistic stature. A complete musician, he studied Early Music with Javier Hinojosa, conducting with Eric Sobzyck, Rodolfo Fischer and Peter Eötvös, and was taught by the legendary pianist György Sebők, who had a profound influence on his artistic evolution.
His career has blossomed in more than 40 countries, acclaimed in the most prestigious concert halls (Concertgebouw of Amsterdam, Teatro Colón in Buenos Aires, Théâtre du Châtelet in Paris...) and the leading festivals: Aix-en-Provence, Avignon, Ultraschall (Berlin), Musica (Strasbourg), San Sebastián.... He appears as soloist or in chamber music, with the Rosamunde Quartett, Anja Lechner, Mario Caroli, Anne Gastinel, María Cristina Kiehr, and as a guest of major ensembles and orchestras (Intercontemporain, Nouvel Ensemble Moderne de Montréal, Plural Ensemble of Madrid, Philharmonique de Radio France, Bavarian Radio Orchestra, Baden-Baden Philharmonic...), under the direction of Josep Pons, Susanna Mälkki, Lorraine Vaillancourt, Mark Foster, Pavel Baleff, Christian Ehwalt and Fabian Panisello.
A resolute champion of contemporary music, he has collaborated with Luciano Berio, Mauricio Kagel and György Kurtág. On the occasion of Berio's 70th birthday, Pierre Boulez invited him to perform the Italian composer's Sequenza XI, a work of which he has become the favoured interpreter. He also plays Chemins V, for guitar and chamber orchestra, a work derived from the Sequenza. He has given the first performance of works by, amongst others, Moultaka, Essyad, Maresz, Mantovani, Lazkano, Ibarrondo, Pécou, Strasnoy, Torres Maldonado, Fiszbein, Kampela, Beytelmann, Tanada, Park, Dazzi, Naón and Ortega-Miranda. He was in residence at the Abbaye de Royaumont several times, in particular in 2003 for the Figures Argentines project, in company with Dino Saluzzi and Gerardo Gandini.
His recordings (ECM New Series, Kairos, Naïve) have received numerous distinctions, including the Grand Prix du Disque de l’Académie Charles Cros, the Amadeus Prize and RTL Classique d’Or, 'Best CD of Early Music' (Neue Musik Zeitung in Germany) and 'Classical Music CD of the Year' (Readings, Australia).
Pablo Márquez teaches at the Musik-Akademie in Basle. In Buenos Aires, he received the Konex Prize in recognition of his career achievements and, in 2006, was designated an Illustrious Citizen of the City of Salta.