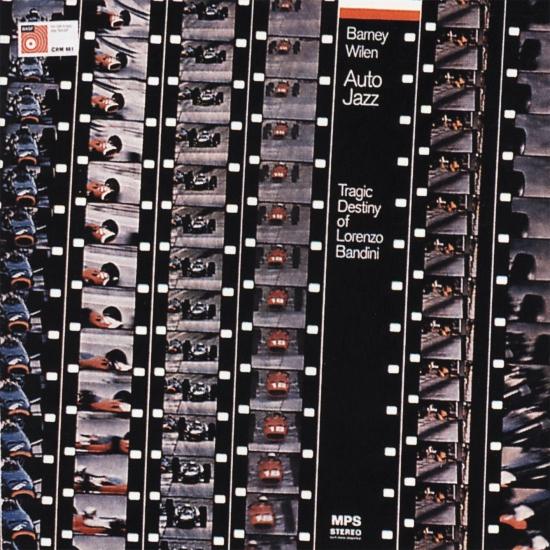 At 21 French tenor saxophonist Barney Wilen achieved instant fame when he played with Miles Davis’ group on the sound track to the Louis Malle film noir classic Ascenseur pour l’échafaud (Elevator to the Gallows). Today the album is considered one of Miles’ masterpieces. Wilen also performed with Art Blakey on the soundtrack to Roger Vadim’s Les Liaisons Dangereuses. In the following years he sampled music styles ranging from the Avant-garde to fusion on into world music. A devoted Formula One fan, Wilen journeyed to the 1967 Monaco Grand Prix intending to tape-record the race, but when famed Italian driver Lorenzo Bandini suffered a horrific crash during the race and died of his injuries a few days later, Wilen decided to compose a piece honoring Bandini by integrating the audio tape into the composition. Originally conceived as a multimedia event, it was premiered at the Musée d’Arte Moderne in Paris after which Wilen was invited to perform his work at Manhattan’s New York University in front of an audience that included Rauschenberg, Warhol, and Ginsburg. Critic Jason Ankeny calls it “careening, visceral music brilliantly paralleling the exhilaration of its subject matter.” Expectancy contrasts and competes with the pre-race warm-up hullabaloo, while Start plays out against the noise and chaos as the race begins, as the quartet mirrors the autos’ roar and speed. In Tribune Princiere an ominous piano plays over the relative quiet of the racetrack. The bass enters followed by the tenor with its serene, psalm-like line, as the tension builds. On Hair Pin the percussive underpinning of prepared piano and tenor play in tandem with the cars as they tackle the track’s Gazomètres hairpin turn. The Canyon Sounds and Destiny reflects the sense of impending doom as the Hammond organ transmogrifies into some otherworldly harbinger of death and Wilen plays a dirge-like prayer that ascends into passionate cries and screams. Underneath bowed bass and drums create an audio maelstrom. The music settles with the plaintive, anguished cries of Bandini! Bandini!
„French tenorist and racing enthusiast Barney Wilen arrived at the 1967 Monaco Grand Prix with his Nagra sound recording system in hand, planning nothing more than to tape the race for private use. But when famed Italian Formula One racer Lorenzo Bandini lost control of his car and crashed, suffering horrific burns that claimed his life three days later, Wilen set to work on integrating the tape into a new composition celebrating the driver's life and career. The resulting Auto Jazz: Tragic Destiny of Lorenzo Bandini remains one of the most adventurous and potent recordings in Wilen's catalog, its careening, visceral music brilliantly paralleling the exhilaration of its subject matter. Bandini's Ferrari speeds in and out of the musical narrative, jockeying for position amid Wilen's soaring tenor and Eddy Gaumont's crashing drums while uniting driver and musicians in their reckless abandon and addiction to adrenaline.“ (Jason Ankeny, AMG)
Barney Wilen, saxophone
François Tusques, piano
Eddy Gaumont, drums
Beb Guérin, double bass
Recorded February 13, 1968 at Tonstudio Bauer, Ludwigsburg
Recorded by Kurt Rapp
Produced by Joachim E. Berendt
Digitally remastered 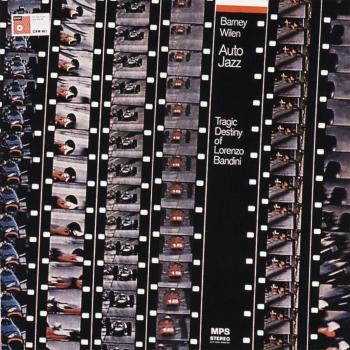 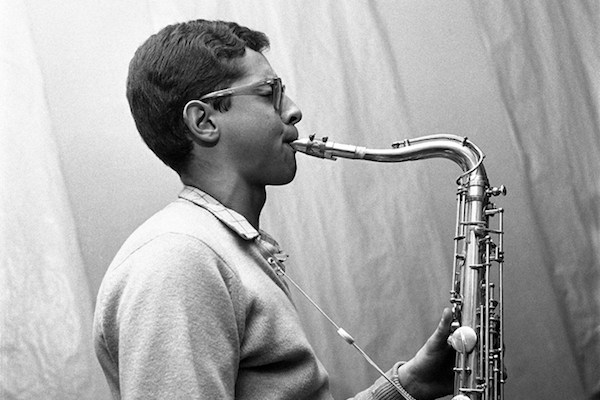 Barney Wilen
When Miles Davis heard Barney Wilen for the first time during a jam session at the Club Saint-Germain in Paris, he exclaimed: “This is the best tenor saxophone I’ve heard in Europe, he plays tenor in an authentic way, much better than many current stars in the States.” Barney Wilen’s mother was French, his father a successful American dentist-turned-inventor. He grew up mostly on the French Riviera; the family left during World War II but returned upon its conclusion. According to Wilen himself, he was convinced to become a musician by his mother’s friend, the poet Blaise Cendrars. As a teenager he started a youth jazz club in Nice, where he played often.
He moved to Paris in the mid-’50s and worked with such American musicians as Bud Powell, Benny Golson, Miles Davis, and J.J. Johnson at the Club St. Germain. His emerging reputation received a boost in 1957 when he played with Davis on the soundtrack to the Louis Malle film Lift to the Scaffold. Two years later, he performed with Art Blakey and Thelonious Monk on the soundtrack to Roger Vadim’s Les Liaisons Dangereuses (1960). He’s probably the first non-US musician to play at the Newport Jazz Festival – it was in 1959.
In 1957 he made his very first album as leader, The Barney Wilen Quintet for the US label Guilde du Jazz / Jazztone at the age of 20. Unfortunately, this record was not widely distributed in France because Barney was under contract with the French label Vogue. This album reflects joy and sadness on an emotional level by the subtletly of Wilen’s musical imagination and physical releasing the essential siprit of jazz swing. On this so rare record, Barney plays with : on alto Hubert Fol, who recorded couple of times with Django Reinhardt. On Piano Nico Buninck, born in Amsterdam, is considered one of the best Young pianist in his country. Lloyd Thompson is a Young talented bassist who played with Lester Young, Dizzy Gillespie and Kenny Clarke. On drums Al Levitt, 25, has already toured in the USA with Charles Mingus, Lennie Tristano, Stan Getz and Lee Konitz.