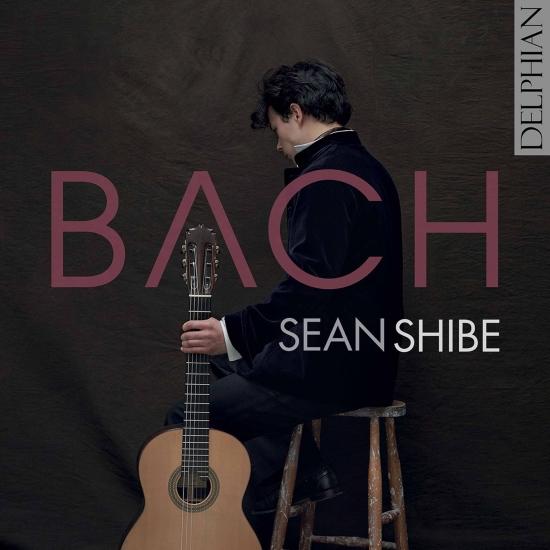 Three years as a Delphian artist have seen Sean Shibe record music from seventeenth-century Scottish lute manuscripts to twenty-first-century works for electric guitar, picking up multiple editor’s choices and award nominations for each release, as well as the Royal Philharmonic Society’s prestigious ‘Young Artist of the Year’ accolade.
Now he turns to the music of J. S. Bach, with three works whose obscure early performance history belies their status as repertoire staples for modern guitarists.
The musicological questions that have arisen over what instrument Bach intended for these works – questions encapsulated for Shibe by the phrase ‘pour la luth ò cembal’, which appears in the composer’s hand at the head of the manuscript of the Prelude to BWV998 – are here answered by the unshakeable assurance of Shibe’s performances.
“Can you ever speak in elevated, grandiose terms about a classical guitarist? You want to avoid weight, to find instead phrases of lightness and simplicity. Yet after listening to Sean Shibe’s magnificent new Bach recital, when I reach for comparisons I don’t go to other guitarists.” (Gramophone)
Sean Shibe, guitar

Sean Shibe
Born in Edinburgh in 1992 of English and Japanese heritage, Sean studied at the Royal Conservatoire of Scotland, and currently with the inspirational Paolo Pegoraro in Italy.
In 2012 he became the first guitarist to be selected for the BBC Radio 3 New Generation Artists scheme, and the only solo guitarist to be awarded a Borletti-Buitoni Trust Fellowship. He was selected by Young Classical Artists Trust in 2015.
Over the last year Sean has given recitals at Wigmore Hall, the Heidelberger-Frühling, Festspiele Mecklenburg-Vorpommern, Bath International, Cambridge Summer and Aldeburgh Festivals. He returned to the Marlboro Summer Music Festival & Academy in the USA (on the invitation of Mitsuko Uchida), recorded solo works by Sir Peter Maxwell Davies for Linn Records as part of a Scottish Chamber Orchestra disc, and was the featured cover disc for BBC Music Magazine.
Engagements during 2016/17 include recitals at Wigmore Hall, Saffron Hall, the Three Palaces Festival in Malta, the Cumnock Tryst, Northern Chords and Newbury Spring Festivals, and a tour of China. He also brings together acoustic and electric guitars; ancient and modern traditions in his new project softLOUD, which premieres at the East Neuk Festival, followed by a week’s residency at the Edinburgh Festival Fringe. Earlier this year he recorded a CD of English music for Delphian due for release shortly. Future plans include debut concerts in Tokyo and Nagoya.
As a concerto soloist Sean has appeared with the BBC Scottish Symphony, Scottish Chamber Orchestra, BBC National Orchestra of Wales and BBC Symphony Orchestras performing Rodrigo’s Concierto de Aranjuez and Fantasía para un Gentilhombre, the Malcolm Arnold and Villa-Lobos Concertos, and recording Takemitsu’s To the Edge of Dream.
Drawn to chamber music and song, Sean has collaborated with the BBC Singers, Danish String Quartet, cellist Isang Enders, harpsichordist Mahan Esfahani and singers Ben Johnson, Robert Murray and Robert Tritschler.
His awards include the Royal Over-Seas League First Prize and Gold Medal (2011), Ivor Mairants Guitar Award (2009), a Dewar Arts and D’Addarrio endorsement. He is grateful for support from the Hattori Trust.