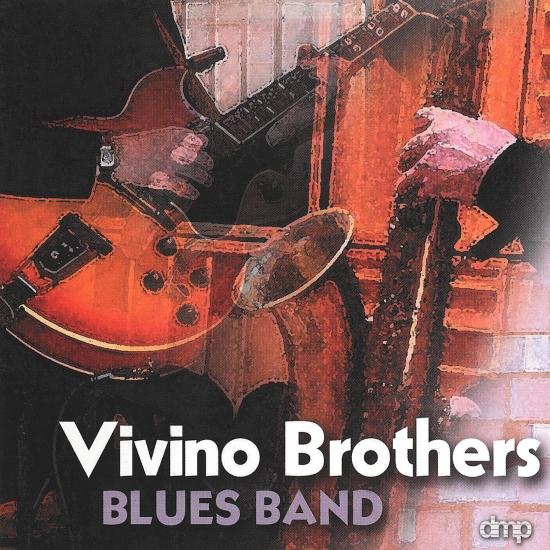 Vivino Brothers Blues Band is actually the duo's third release overall, their second for DMP, and their first as part of an official "blues band." It's also their best. This is a polished yet lively mix of blues, R&B and jazz that's about half instrumentals, half vocal tracks. At times the group sounds like a TV house band, but its live-in-the-studio approach lends the music a very soulful cast.
Original funk-blues instrumentals ("Fat Burns," "Itchin' & Scratchin'") are interspersed with straight-ahead blues classics (Lowell Fulson's "Sinner's Prayer") and old R&B warhorses (Little Richard''s "Slippin' & Slidin'," Curtis Mayfield's "Pusher Man," and Sly Stone's "Family Affair"). Jimmy Vivnino's best vocal performance comes on Lil Green's "Knockin' Myself Out," a 60-year-old acoustic blues tune with a timeless message about substance abuse. Van Morrison's "Feedback Out on Highway 101" is righteously soulful and arguably the best performance on the album. Guided by Jerry Vivino's slippery sax, the instrumental "Livin' In Vain" starts out slowly but skids into a rousing chorus thanks to Brian Charette's funky piano and soul-blasting organ. And Jerry Vivino blows some tasty flute on a fine instrumental treatment of "Pusher Man."
"Those who watched 1990s late-night television should be familiar with the work of the Vivino Brothers, who were music directors for NBC's Late Night With Conan O'Brian. On that program, the job of singer/guitarist/pianist Jimmy Vivino and his sibling, singer/saxophonist Jerry Vivino, is to make O'Brian happy; however, on Blues Band, they sing and play for their own satisfaction. This decent, competent CD, which was recorded in April 2000, is fairly diverse. The Vivino Brothers are, as the album's title says, primarily a blues band, and cuts like "Feedback Out on Highway 101" and Lowell Fulson's "Sinner's Prayer" are gritty examples of urban electric blues. But the siblings detour into other areas, including soul on "Slippin' and Slidin'" and instrumental soul-jazz on Jerry's "Fat Burns," along with interpretations of Curtis Mayfield's "Pusher Man" and Sly & the Family Stone's "Family Affair." The Vivino Brothers don't just give us note-for-note covers of those 1970s R&B classics; instead, they take a hint from improvisers like Charles Earland and Grant Green and really interpret the songs. Brian Charette is the group's organist, and his work is right out of the Jimmy Smith/Jack McDuff/Earland school of organ playing. Blues Band isn't for blues purists, but it's enjoyable if you are the sort of eclectic listener who holds urban blues, R&B, and soul-jazz in equally high regard." (Alex Henderson, AMG)
Jimmy Vivino, guitar, piano, vocals
Jerry Vivino, saxophone, flute, clarinet, vocals
Michael Merritt, bass
James Wormworth, drums, washboard
Fred Walcott, percussion
Brian Charette, organ, piano
Digitally remastered 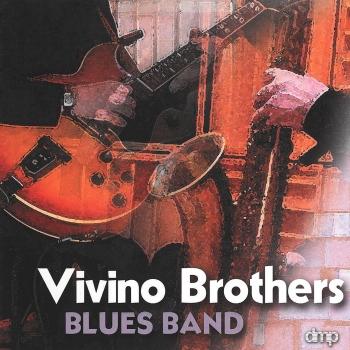 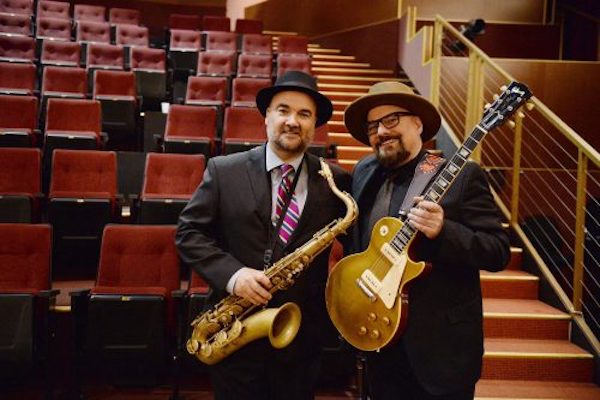