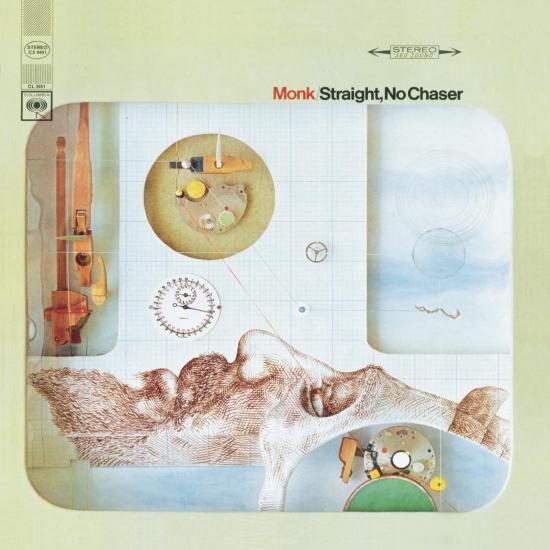 This mid-period masterwork from jazz piano's most uncommon voice find Monk and his quartet (Charlie Rouse on tenor, Ben Riley on drums and Larry Gales on bass) exploring every texture, tone and melodic turn of seven expansive tracks. This group was subtle, mature and confident, easily supporting Monk's more idiosyncratic side-tracks (check out the solo on "Locomotive" or the restless exposition on "Japanese Folk Song") while allowing listeners freedom to move through or contemplate all the sublime subtexts Monk conjures from the endless well of his inspiration.
This emphasis on laid back and mature presentation aided the recording as well. These master tapes sound amazing and getting them to disc was a pure pleasure. Subtle changes in atmosphere, tone and melody fill the space between the speakers, a wide soundstage and expansive dynamics the gift of music indelibly played. This is one sonic powerhouse for the ages.
„This is the sixth studio album cut by Thelonious Monk under the production/direction of Teo Macero for Columbia and as such should not be confused with the original motion picture soundtrack to the 1988 film of the same name. The band featured here includes: Monk (piano), Charlie Rouse (tenor sax), Ben Riley (drums), and Larry Gales (bass). This would be the final quartet Monk would assemble to record with in the studio. While far from being somber, this unit retained a mature flavor which would likewise place Monk's solos in a completely new context. At times, this adaptation presents itself more subtly than others. For instance, Monk's extended solo in "Locomotive" never reaches beyond itself due in part to the tempo-laden rhythm section. The contrast of styles, however, appreciates the caliber of this particular solo, including an obvious assertion by Monk which leads the band, albeit temporarily, into playing double-time. Other recommended quartet selections on this disc include a liberated version of the title track, which highlights some stellar interaction between Monk and Rouse. The same can be said for "We See," which features the hardest bop on the album. In addition to the quartet sides, Straight, No Chaser contains two unaccompanied piano solos: "Between the Devil and the Deep Blue Sea" and "This Is My Story, This Is My Song." (Lindsay Planer, AMG)
„Straight No Chaser is a masterpiece. One of Monk’s greatest works. (I have my own opinion as to which album of Monk’s is my favorite, but I’ll probably review that one some other time) With a great group of musicians, jazz standards, and unique and still refreshing to this day compositions. Straight No Chaser has stood the test of time and continues to be one of the essential jazz albums to own. Do yourself a favor and grab a copy if you haven’t done so. You will not regret this purchase I guarantee you.“ (The Jazz Loop)
Thelonious Monk, piano
Charlie Rouse, tenor saxophone
Larry Gales, bass
Ben Riley, drums
Recorded November 14, 1966 - January 10, 1967
Produced by Teo Macero
Digitally remastered