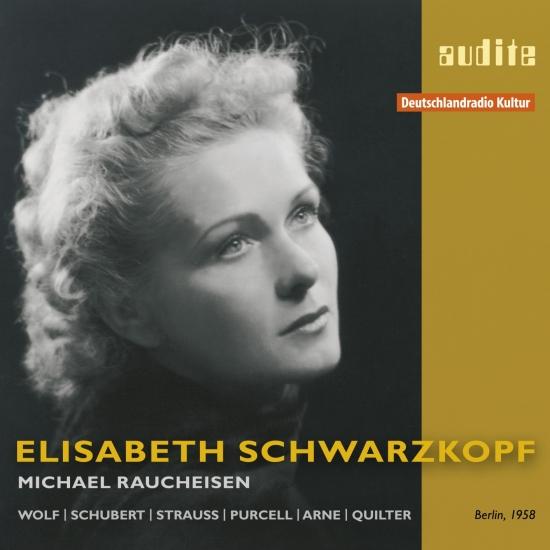 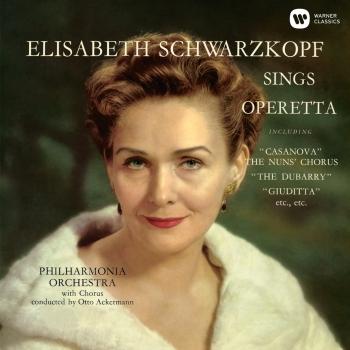 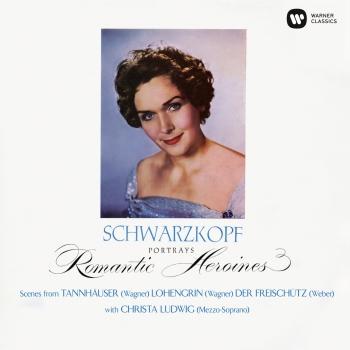 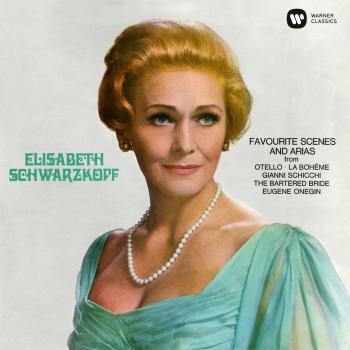 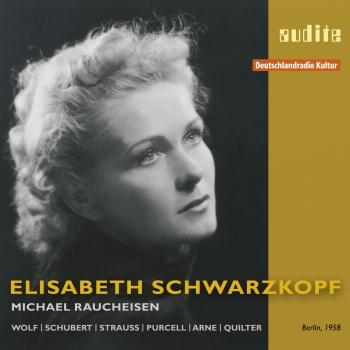 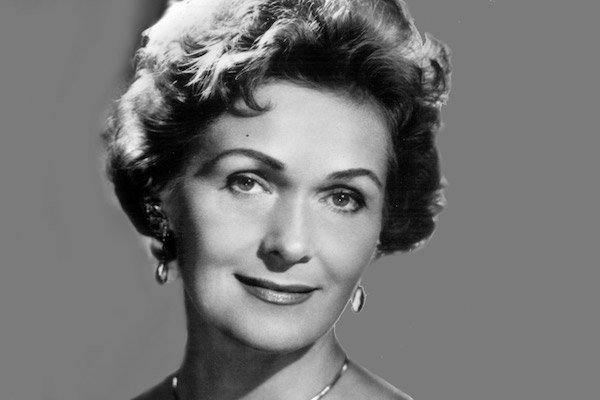 Elisabeth Schwarzkopf
In 1947 a brilliant generation of Austro-German singers represented the Vienna State Opera for a short season at Covent Garden. Among those known to London audiences from before the war were Maria Cebotari and Hans Hotter; new were Anton Dermota, Erich Kunz and an array of sopranos headed by Hilde Gueden, Sena Jurinac, Emmy Loose, Elisabeth Schwarzkopf, Irmgard Seefried and Ljuba Welitsch. For one famous evening Richard Tauber joined the cast of Don Giovanni before entering the hospital in which he died four months later. It was a season which, more than any other event at the time, reassured opera-goers that traditions survived and that singing of real distinction, even greatness, might yet be heard in the postwar world.
The Donna Elvira at these performances was Elisabeth Schwarzkopf (born in 1915), who was singled out in reviews for the warmest and most consistent praise of all. This was the year in which her name became an international property. She was 31 and already a singer of considerable experience. Her operatic debut dated back to 1938 with the Deutsche Oper Berlin, where for long she was confined to small or soubrette parts which, she was advised, would continue to be her lot unless she signed up to the party membership requirements that were statutory under the Nazis. The decision was a hard one, but her father, though antipathetic to the regime, advised her to accept. Her career advanced, but was disrupted by a severe bout of tuberculosis. After her recovery, she was engaged by Karl Böhm for the Vienna Opera, making her debut there in 1944. Two years later, EMI’s talent scout and leading producer, Walter Legge, heard her as Rosina in The Barber of Seville: ‘a brilliant, fresh voice shot through with laughter, not large but admirably projected, with enchanting high notes’. She began recording with him almost immediately, at the start of a period incomparable in the history of the gramophone for the breadth of repertoire and the quality of performance.
Throughout the 1950s and 60s (which was also the age of Callas and Tebaldi, Gedda and Corelli, Gobbi and Fischer-Dieskau) Schwarzkopf was at the centre of all this. It is sometimes alleged that she had an unfair advantage, being by then married to Legge and, by extension, to a major recording company. Such an argument might be tenable if her achievements as a leading opera and concert singer had not matched up. But they did. In Bayreuth, Salzburg, Milan, Paris, London and the USA she won the recognition of audiences and critics. And, as the years went by, she gained in serious attention from the critics and in devotion from the public. She looked after her voice, and it lasted. Her final appearance on stage was in 1971, when she sang the first act of Der Rosenkavalier in Brussels. And she continued in recital until 1979, the year of Legge’s death and of her own 64th birthday.
Her operatic repertoire was wider than is commonly remembered: in early years, for instance, she regularly sang the coloratura role of Zerbinetta in Ariadne auf Naxos, and later at La Scala was heard as Elsa, Marguerite and Mélisande. But two composers were central, Mozart and Richard Strauss. The most enduring of her roles in Mozart were Fiordiligi in Così fan tutte and Donna Elvira in Don Giovanni. In Strauss she was most closely associated with the Marschallin in Der Rosenkavalier, though in her own affections the Countess in Capriccio probably came to be the most fondly remembered. Happily there is much more on record, including some prized live recordings such as her radiant Eva in Die Meistersinger at Bayreuth in 1951. Still richer is the series of song recitals, in which Mozart, Schubert and Strauss shared pre-eminence with Hugo Wolf.
Schwarzkopf’s recitals became treasured events throughout the world. Often the programmes confined themselves to the great Lieder composers, and it was a particular triumph that she could fill the Royal Festival Hall in London to capacity for a recital devoted entirely to the songs of Wolf.