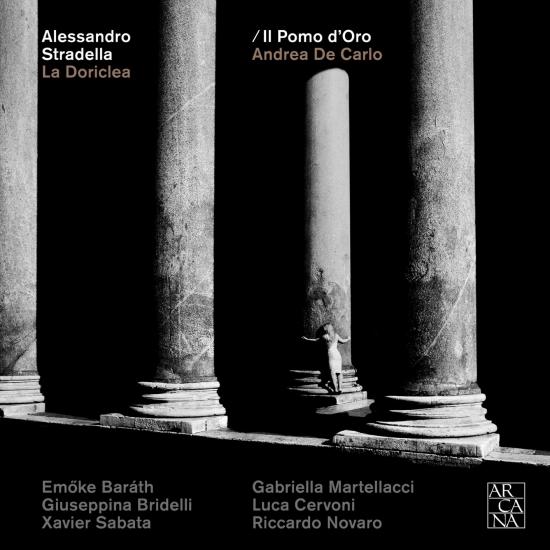 Alessandro Stradella’s place in the annals of the history of music is not only due to the adventurous circumstances that marked his brief existence, but also to the reputation as an opera composer he has acquired since the 18th century. Inaccessible for many decades to specialists and scholars, La Doriclea is definitely the least known of all Stradella’s operas. However, it constitutes a particularly significant chapter in his overall output: composed in Rome during the early 1670s, to our knowledge La Doriclea represents the first opera entirely composed by Stradella. From the dramatic point of view, La Doriclea belongs to the comedy of intrigue genre typical of the 17th century Spanish theatre tradition. Refined and amusing, it alternates touching lamentos with irresistibly comic scenes, in which the character of Giraldo, a veritable precursor of the basso buffo, allows us to glimpse Rossinian atmospheres. Emoke Baráth (Doriclea) and Xavier Sabata (Fidalbo) alongside Giuseppina Bridelli (Lucinda) and Luca Cervoni (Celindo) and the comic couple of Delfina (Gabriella Martellacci) and Giraldo (Riccardo Novaro) bring a complex and fascinating role-playing game to life. This world premiere release of La Doriclea is a major achievement for The Stradella Project, which here reaches its fifth volume. “Through his festival and recording project, Andrea De Carlo is raising the profile of this pioneering Italian composer.” (Gramophone)
Il Pomo d'Oro
Andrea De Carlo, conductor 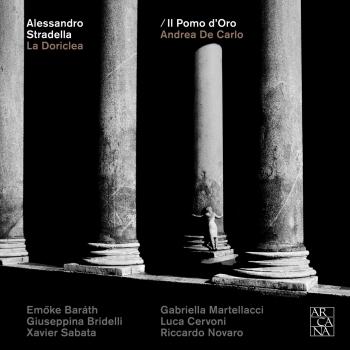 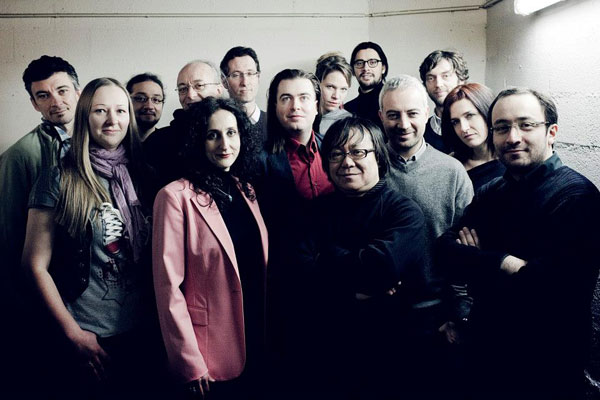 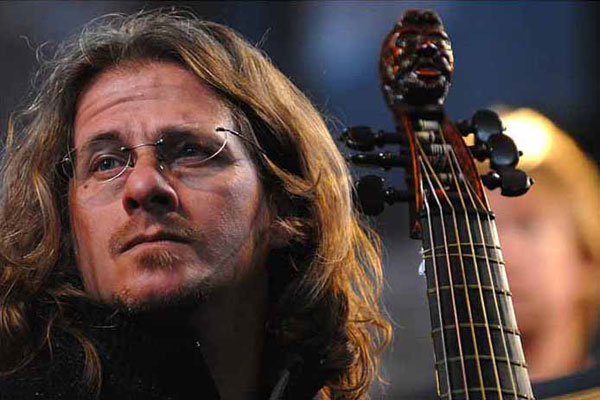 il pomo d'oro
is an orchestra founded in the year 2012 with a special focus on opera, but equally committed to instrumental performance in various formations. The musicians united in this group are among the best to be found worldwide for authentic interpretation on period instruments. They form an ensemble of outstanding quality, combining stylistic knowledge, highest technical skills, and artistic enthusiasm. The collaboration with violinist and conductor Riccardo Minasi has already led to an award winning first recording (Vivaldi, 'Per l'Imperatore'). Recently, il pomo d'oro recorded 3 solo CDs with three countertenors - Max Emanuel Cencic, Franco Fagioli and Xavier Sabata under Riccardo Minasi's direction, as well as a recording of Venetian Barcarole, sung by Vincenzo Capezzuto. Numerous concerts (Paris, Munich, London, Lyon, Barcelona, Geneva among others) and further recordings are scheduled for the year 2013.
The name of the orchestra refers to the title of an opera by Antonio Cesti, composed for the wedding of Emperor Leopold I of Austria with Margarita Teresa of Spain in Vienna in 1666. The opera was the final part of an imperial celebration of incredible multimedial splendour, starting with fireworks of 73.000 rockets and a horse-ballet of 300 horses. With its twenty-four different stage sets and stunning special effects like collapsing towers, flying gods and sinking ships, „Il Pomo d’Oro“ was probably the most excessive and expensive operatic production in the then young history of the genre. It provided roles for fifty singers, and it lasted ten hours –ten hours of magnificent spectacle and beautiful music.
Andrea De Carlo
Born in Rome in 1963, begins his musical career as a jazz bassist, working with internationally renowned musicians and recording many CDs. Approached further to classical music, plays for many years a busy concert schedule throughout the world working as a solo bass with major opera companies and symphony like the Teatro Massimo of Palermo, the Orchestra Regionale Toscana and the Orchestra Regionale del Lazio.
Parallel to his musical studies he obtains a degree in Physics with highest honours from the University of La Sapienza in Rome.
He then devotes the Viola da Gamba under the guide of Paolo Pandolfo, and immediately began working with some of the most important early music ensembles such as "Elyma" by Gabriel Garrido, the ensemble of viols "Labyrinto" by Paolo Pandolfo, " Concerto Italiano " Rinaldo Alessandrini, with whom he performs many concerts in major international festivals and records more than forty recordings.
In 2005 he creates the Ensemble Mare Nostrum, a group created around the consort of viols and the music written for this training, but at the same time paying particular attention to the execution of works for organ and harpsichord, not escaping the fascination of working with other instruments and voice.
Besides a significant presence in major international festivals, with Mare Nostrum in 2006 he records an original orchestration of JS Bach’s Orgelbuchlein for MA Recordings (USA) rewarded by French magazine Diapason with the Diapason d’Or Decouverte (May 2011),and in 2009 a collection of polyphony for the French label RICERCAR (Belgique) 5 Diapason (January 2010) and winner of the “Coup de Coeur 2010” of the “Academie Charles Cros” (France).
In January 2012 he released for the Label RICERCAR a Cd of Madrigals and Canzona’s by Cherubino Waesich, Domenico Mazzocchi, Girolamo Frescobaldi and G.P da Palestrina, and in November 2012 will release a Cd dedicated to the Cantata’s of Marco Marazzoli for the label ARCANA (Italy).
It’s been invited to give masterclasses at the Academie of Ambronay (France), Cuba, Pamplona (Spain), Foligno (Italy).
From 2006 he is professor of Viola da Gamba at the High Conservatory "A. Casella" de L'Aquila (Italy).