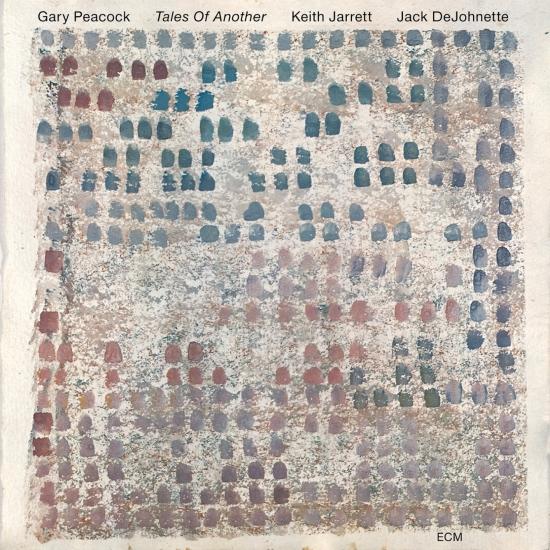 Info zu Tales Of Another (Remastered)

Tales of Another is an album by American bassist Gary Peacock featuring Keith Jarrett and Jack DeJohnette recorded in 1977 and released on the ECM label. The album marks the first recording by the group who later became well known as Keith Jarrett's Standards Trio.
The grouping on this album represents a milestone in ECM outfits, persevering to the present day as it has in the form of Keith Jarrett’s mighty standards trio. Though a far cry from the ecstatic overloads honed over years of synergy and touring, there is an almost naïve charm to this effort and the evenhanded musicianship that sustains it. Each of these six “tales” begins in loveliness. Piano and bass bring the most urgency to bear, as in the gorgeous “Vignette,” in which Peacock gets his first lilting solo, and its follow-up, “Tone Field.” Both start off slow and sure, with DeJohnette giving the barest hint of traction and Jarrett biting deeply into fractured themes. “Major Major” gives us the steady beat we crave beneath majestic chording from the piano man, who offers up a prime slab of linear sirloin. Yet the album’s juiciest sediments can be found in the massive “Trilogy” that makes up its second half. DeJohnette skirts the rims with requisite flair while Peacock slathers on a bright veneer. Jarrett grunts ecstatically with every new development, shooting fire from his fingers. Such is the energy one has come to expect from this nonpareil threesome. Jarrett cuts off our air supply before the final stretch, the hair-trigger precision and on-your-toes syncopations of which make this pensive journey more than worth taking.
Peacock’s moody compositions make for a strikingly different experience. His fingers pull with accomplished ease at the strings of his bass. DeJohnette sticks to the margins, but fills them like no one else can. Jarrett, it might be noted, is more vocal here than I’ve ever heard him. For many, this seems to be the album’s only downfall. As far as this listener is concerned, his woops, grunts, and squeals merely underscore a musician who is unafraid to let his heart sing.
"These musicians (who are equals) have played together many times through the years and their support of each other and close communication during these advanced improvisations is quite impressive. It's a good example of Peacock's music". ( Scott Yanow, AMG)
Keith Jarrett, piano
Jack DeJohnette, drums
Gary Peacock, double bass
Recorded February 1977, Generation Sound Studios, New York
Engineered by Tony May
Produced by Manfred Eicher
Digitally remastered