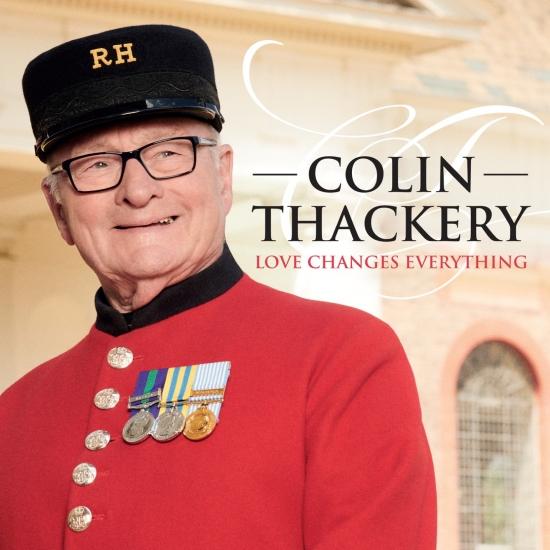 Britain's Got Talent champion, Colin Thackery – whose triumph last month was watched by more than 10 million TV viewers - has been bringing joy with his vocal skills to friends and residents of the Royal Hospital Chelsea where he lives, for years.
Colin has been singing all his life but joined the army at the age of 15 and lost part of his hearing fighting in the Korean war. He now breaks a new record in the history of music as he signs his first record deal at the age of 89 – making him the oldest solo artist in the world to do so.
President of Decca Records, Rebecca Allen, welcomes Colin to the label, “It feels so incredibly fitting that Colin should sign to Decca, in its 90th Anniversary year. The fact that Decca’s success started the year Colin was born, feels quite magical. He’s a unique artist and we are extremely proud to welcome him into our family.” Simon Cowell says: “I could not be more thrilled that Colin, who won Britain’s Got Talent this year, has signed to the same label as Dame Vera Lynn. Colin is an inspiration to us all.” His heartfelt renditions of ‘Wind Beneath My Wings’, ‘We’ll Meet Again’ and ‘Love Changes Everything’, for which he was joined on stage by his fellow Chelsea Pensioners, had the audience and judges in tears.
Colin Thackery, vocals 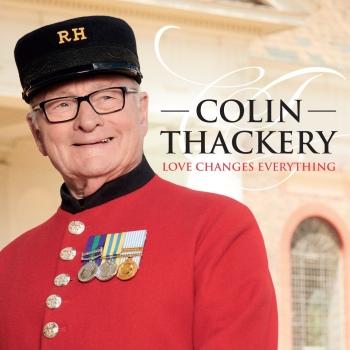 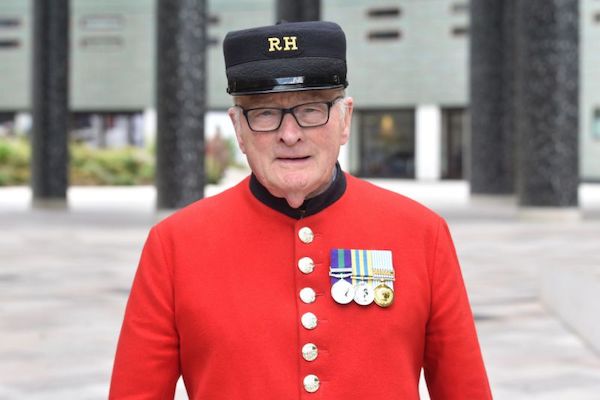 Colin Thackery
When 89-year-old Chelsea Pensioner Colin Thackery starts to sing, there’s barely a dry eye in the house. Performing on Britain’s Got Talent in his iconic Scarlet, with a row of medals across his chest, he mesmerised the audience as he lifted his voice in memory of his beloved wife Joan. When he left the stage, he was told that even the technicians were crying.
“No matter what I sing, I’m singing to her, or one of my family. That’s what makes it emotional” he says.
In the months that followed Joan’s death, music helped Colin to cope: “Without music, I don’t know what would have happened. I was still performing in the five months between losing her and coming here. It was sometimes very difficult, I’d be performing with tears in my eyes, because the songs reminded me of her. We were married for 66 years. She died in my arms.”
“It was 1949 and I’d just come back from serving in Malaya. I was posted to County Durham where I met this pretty little brunette at a camp dance. We’d only been married about two weeks when I was sent to Korea. I didn’t see her for another two years.”
During their years apart, music continued to be a key part of Colin’s life, as it had done since he first found he could sing when he joined the church choir as a boy. On the way to Korea, he took part in concerts organised by Major Andrews on his troop ship, The Lancashire. He recalls how he was recruited to entertain the troops during a lull in the fighting: “The brigadier asked Major Andrews ,who organised the concerts, to go round and beg for our services. My job was Observation Post Assistant and he arrived and asked my captain to release me.”
At first, the captain refused, but then said he did fancy a certain fur hat that some officers had as a novelty.
“Major Andrews said ‘OK, you can have a hat, but we’ll have Thackery as an exchange’. So the captain got his hat and I was released to go to the concert party!”
After Colin retired from the Army, he and Joan joined their local operatic society where they enjoyed singing together. Their marriage was extremely happy and when Joan died, Colin was devastated.
Music helped him through these difficult times and, when he moved into the Royal Hospital, he continued to turn to singing for solace and teamed up with fellow Chelsea Pensioner and guitarist, Bill Gorrie, to play at the Royal Hospital’s monthly curry nights. Then, one day, a chance conversation with a friend sent Colin in a new direction: “He said ‘It’s about time you did something, because you won’t have your voice forever. What about Britain’s Got Talent?”
At first, Colin dismissed the idea, but in the end he decided to apply, with the support of the staff at the Royal Hospital. ...